How KSN is moving its gold and lithium assets forward

The following Q&A discusses company developments occurring in a very high risk region. We stress that this article should only be used as one part of this decision-making process. You need to fully inform yourself of all factors and information relating to this product before engaging with it.

Andrew Corbett is the Managing Director at Kingston Resources Limited (ASX:KSN). Finfeed recently tracked him down to get an update on the latest developments around the small cap’s gold and lithium projects in Australia and Papua New Guinea. 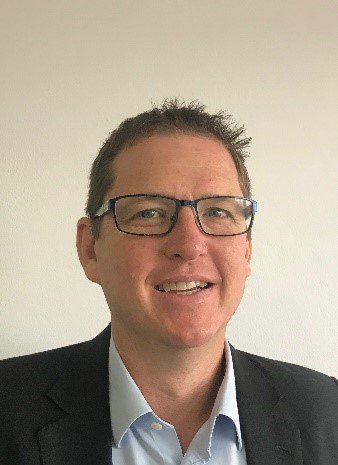 Finfeed: Kingston recently announced the JORC resource for your Misima Gold project in PNG. What is your current strategy and timeline for the project?

Andrew: We’ve just completed the work to re-estimate the resource under the Australian JORC code, updating it from the prior Canadian 43-101 standard. It’s huge news — 2.8 million ounces, which is a great benchmark, and it’s large enough to really move the project forward. We think it’s going to get materially better as we start exploring — which is why we’ve been trying to help people understand the exploration potential of the project.

We will hopefully have the drilling contract awarded early next quarter and we’re aiming to have a rig on site by March or April. Ahead of that, there’s exploration work already underway, we’re doing surface sampling and trenching as we speak with two teams on the ground.

In addition, we’re looking to take out an expert consultant, a structural geologist, to look at the project. So there’s a lot happening.

Misima is our cornerstone project now and we think it will be our company-transforming asset, and will drive shareholder value. 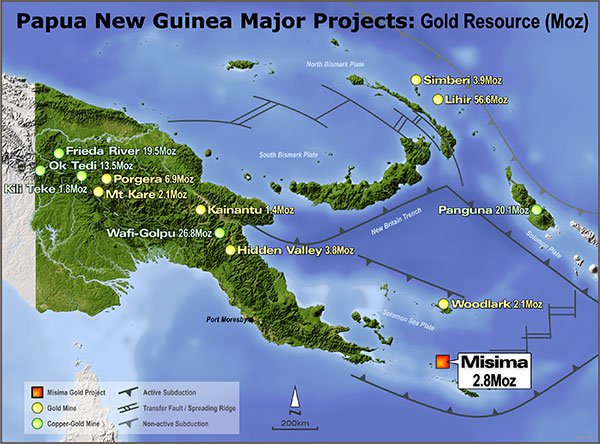 It should be noted here that KSN is an early stage company and investors should seek professional financial advice if considering this stock for their portfolio.

FF: You’ve also got other projects in Australia, including a lithium play. What is the plan with that side of the portfolio?

AC: Livingstone is a smaller gold project in Western Australian which will help us to grow. All going well, it would come into production quicker and earlier than Misima. It’s not as big an asset, so it’s more straightforward to bring it online — we believe it will act as a great stepping stone into our main play.

We’re currently doing a strategic review of our lithium tenements. Upcoming changes could involve us looking at bringing in partners or selling down those projects in Australia — discussions are underway now.

Our lithium projects are more greenfields in nature (earlier stage) so it’s going to take longer to advance them, hence why we think bringing in a partner is the best way to create value for shareholders. We’re in discussions with both Australian and offshore lithium and battery materials companies at the moment.

The majority of the interest is at the Bynoe, Arunta and Mt Cattlin projects. If you look at the rest of our portfolio, Livingstone is more advanced — it has a Resource estimate and plenty of prior drilling. Misima is even more advanced with a significant Resource base. Our primary focus will now shift towards these more advanced projects.

So, we’re taking a whole of portfolio approach. We think the most ‘bang for buck’ for shareholders is in advancing Misima as fast as we can. Livingstone is a good project to help us grow the company and develop Misima. The lithium exploration is an option, and we already own it, so it won’t cost us anything. If you look at our market valuation, we’re trading at an EV (Enterprise Value) multiple of $10 per ounce , so shareholders are effectively getting the lithium option for free.

FF: With Misima being such an advanced and major project, how did KSN get a hold of it?

AC: We approached WCB and made them an offer. WCB was a Canadian listed company, and its focus was on the copper potential at Misima, not the gold. We came with a different approach — we are going there for the gold.

Gold exploration hasn’t been a focus on the island since Placer made the decision to close its mine there in 1999, and at that point the gold price was below US$300 an ounce. We’ve now assumed all the management and control of the asset and look forward to advancing the gold story.

FF: What would you say is the main factor that sets KSN apart from other ASX small-cap gold plays?

In fact, Misima was regarded as one of the lowest cost gold producers of its time. Its milling operations were extremely low cost, driven by the metallurgy; the rock is soft, so it doesn’t take a lot of energy to break the rock and liberate the gold. That will be a key benefit for any future production.

Ultimately, it’s the pedigree of the project that sets us apart.

FF: Which deposit is the focus at Misima?

AC: There’s actually so many targets at Misima, we’ve really got to narrow it down. The best part is these targets all have good reasons to be targets – not just people waving their arms. They are underpinned by drill holes, or geochemical data like soil samples and trenches at surface, or old underground adits.

But we are really focusing on the Umuna East deposit as the initial exploration priority at Misima. The reason behind that is we think there could easily be 20-30 million additional tonnes of oxide dirt. This is at surface, so would have a low strip ratio making it low cost to mine, and we know it processes cheaply and easily from the historical data we have. The strategy is to put 20-30 million tonnes of that in front of the 80 million tonnes we’ve already got. We believe that will turn what is already a good project into a great project.

FF: Thanks for your time, Andrew.