Kairos Minerals Ltd (ASX:KAI) has discovered an extensive gold-in-soil anomaly at its Croydon Project, located within the central portion of the 100% owned Pilbara Gold Project.

The company achieved this by re-evaluating the previously known resources from the historical Lynas Find gold project, which produced over 125,000oz of gold between 1994 and 1998 and by executing highly focused, cost effective exploration in its own right.

The Croydon project is located ~100km to the west of the company’s key Mt York Gold-Project as can be seen on the above map.

Kairos has today revealed the 150m to 200m wide anomaly at Croydon extends over a strike length of 10km above a 30ppb Au cut-off and includes a high-grade 1.1km long core above a 100ppb Au cut-off which has returned peak values of up to 648ppb gold (0.64g/t). 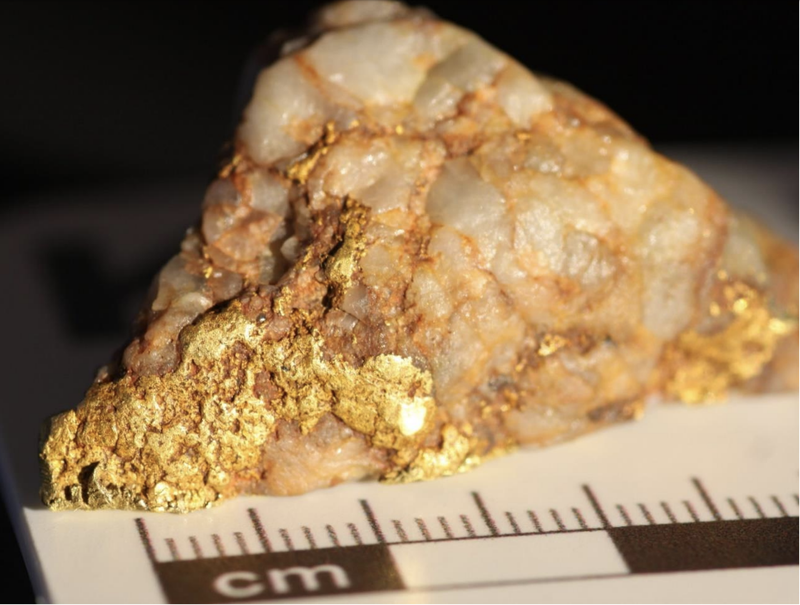 Primary Gold-Quartz-Arenite from the Fuego Prospect, found in the Hardey Formation sediments.

This new discovery is a significant step forward for Kairos and has the potential to represent a significant conventional gold exploration target alongside the well-established gold potential of the area.

“We are excited to locate specimen gold within a very large gold-arsenic anomaly at the newly named Fuego prospect, within the Croydon Project.

“The detailed analysis of this sample now indicates that it is of primary origin, unlike the numerous nuggets located in 2019 from 5-10km to the southeast. It also highlights the potential for high grade mineralisation within a very large drill ready target.”

Kairos’ exploration programs have been boosted by the completion of heritage surveys, with the company now in possession of all government approvals for both trenching and drilling.

“We look forward to getting back up to the Pilbara to continue this exciting exploration in the coming months within an all-time high Australian gold price environment,” Topping said.

Importantly for Kairos, the consistency of the silver/gold ratio, the presence of galena and the celadonite associated with the gold are indicative that the gold is primary and not redeposited (nuggets). The gold is interpreted to have been emplaced directly into the quartz-arenite host as part of a structurally-controlled hydrothermal process.

From here, Kairos will establish a field camp in March after the wet season) and prepare for Trenching and RC drilling to begin in Q2 2020.