Only a week after completing a capital raising to expand the exploration of the group’s Kildare zinc project, Zinc of Ireland (ASX: ZMI) announced on Wednesday morning that significant zinc sulphide mineralisation had been intersected at the site.

Reflecting briefly on the capital raising, it is worth noting that the placement was fully subscribed at an issue price of 2.4 cents per share in line with the company’s trading price at that time. Given ZMI is only a small speculative player, raising capital at par is a vote of confidence.

Running the ruler across today’s drilling results there are two important takeaways. Firstly, the company has only drilled three holes to date with one confirming shallow oxidised sulphides from 16 metres to 36 metres, and another intersecting 20 metres of brecciated zinc bearing sulphides from 417 metres.

Consequently, the strike rate provides confidence that the company is targeting the right areas, effectively minimising costs and opening up the prospect of further exploration success.

Equally important though is the fact that the mineralisation intersected at 417 metres had not previously been tested, opening up a new target outside the historical drilling data the company had been using to shape its exploration program. 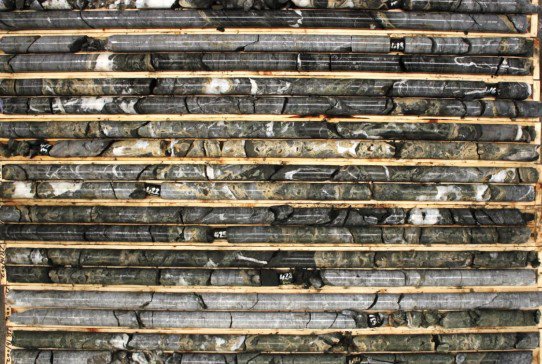 Management described the mineralisation intersected as indicative of Mississippi Valley Type (MVT) which is the target style of the Kildare project.

ZMI said it will separately announce its plans with regards to follow-up work in this area, but it did not indicate the likely timing of assay results from recent drilling.

Given historical drilling results had delineated impressive grades including 48 metres grading 12.2% zinc and lead from 14 metres, the lab results could prove interesting.

The zinc price outlook still appears strong with analysts at Macquarie Wealth Management highlighting last week that the commodity had hit a fresh 15 month high US$2370 per tonne.

Importantly, the broker determined that China-based buying appeared to be driving the price higher. It noted that recent London Metals Exchange price activity moves had shown a burst in trading volumes during the Shanghai Futures Exchange trading hours with almost a quarter of lots traded before 8 AM London time over the two week period when the price spiked.

According to Macquarie, Shanghai Futures Exchange volumes and open interest have also stepped up with a definite long skew. The market closely follows China’s trading activity in base metals because of its position as a global manufacturing powerhouse, suggesting the need to monitor the trends highlighted by Macquarie.

In summing up the broker said, “We can only conclude that zinc has become the flavour of the month in China after more hesitancy seemed to be apparent over the midsummer.”

The significance of these developments for ZMI is that positive momentum in the price of zinc could run in parallel with upbeat exploration news providing significant tailwinds for the company’s share price.

However, it should be noted that past performance of ZMI’s share price and broker projections are not an indication of future share price performance and investors should seek professional financial advice in making investment decisions.