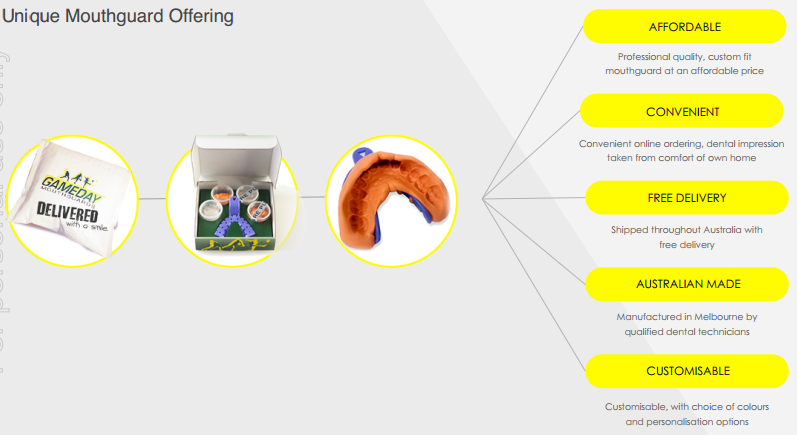 The SANFL agreement has boosted Gameday’s exclusive marketing client base by more than 100,000, and given it is the peak body for Australian Rules football in South Australia this should significantly boost the group’s profile.

Importantly, a licensing agreement has been negotiated which sees Gameday Mouthguards elevated to the position of preferred supplier of mouthguards to SANFL and affiliated leagues.

IHL is of course in the early stage of this relationship and any future expectations would be speculative at this stage. Please seek professional financial advice if considering this stock for your portfolio.

A strong endorsement by peak body

The licensing agreement not only suggests the likelihood of strong support for the group’s products, but it also represents an endorsement of the quality of the product by one of Australia’s leading sporting organisations.

It is worth noting that Gameday has existing partnerships with Southern Football Netball League, Basketball New South Wales, and Hockey WA, NSW and Victoria.

In terms of revenue recognition, management said that it expects sales income to commence at the start of the 2017 sporting season.