Emerging zinc producer, Red River Resources (ASX:RVR) has announced further high-grade assay results from its Thalanga Far West project, part of a thick high-grade deposit which is expected to be the second mined after West 45 as management prepares to commence production at Thalanga in the second half of 2017.

The Thalanga project was acquired from Kagara Zinc in July 2014, prompting a doubling in Red River’s share price to circa 10 cents with the company going on to trade as high as 29.5 cents on the back of promising exploration results.

Red River’s share price trailed off in 2015, but following further exploration success, clarity regarding recommencement of production and a surge in the zinc price its shares hit a high of 27.5 cents in August 2016.

Should management meet its production commencement goal of the second half of 2017, Thalanga will be the next new zinc project to come into production in Australia.

The broker has a speculative buy recommendation on the stock with a price target of 44 cents, implying significant upside to the company’s current trading range.

Hartley’s is forecasting maiden zinc equivalent production in fiscal 2018 of 15,700 tonnes, more than doubling to 33.4 million tonnes in fiscal 2019.

As a means of comparison, Hartley’s projections are based on an Australian dollar zinc price of $1.56 per pound as opposed to the current spot price of $1.66.

However, it should be noted that It should be noted that broker projections and price targets are only estimates and may not be met. Also, historical data in terms of earnings performance and/or share trading patterns should not be used as the basis for an investment as they may or may not be replicated. Those considering this stock should seek independent financial advice. 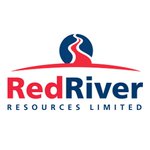