Diversified mining group, High Grade Metals (ASX:HGM), emerged from a trading halt after the market closed on Tuesday, announcing that it had agreed to sell its non-core Victory Bore Vanadium Project in Western Australia to Surefire Resources NL (ASX:SRN).

With HGM focusing on its highly prospective Austrian assets, the sale of the Western Australian project frees the company to maximise its efforts and effectively deploy capital in developing the Austrian projects.

Sale proceeds include $500,000 in cash, as well as other payments depending on Surefire’s progress in terms of completing a prefeasibility study with an internal rate of return of more than 20%, as well as the announcement of a decision to mine.

Putting the decision to divest Victory Bore into perspective, Managing Director Torey Marshall said, “We are pleased to have been able to monetise our non-core asset in Western Australia.

“This is a good result for shareholders as it places sole focus on our prospective Austrian projects, delivering a modest increase in our cash and asset position while retaining exposure to some of the potential upside for our shareholders if the WA project reaches two important milestones.

“We look forward to future results of the project under the stewardship of the Surefire team.”

High Grade Metals has a portfolio of brownfield cobalt, copper and gold assets in Austria, a country well regarded as a mining friendly destination.

The company’s major projects cover an area of about 84,000 square kilometres across central Europe.

The experienced management aims to grow the value of HGM’s project portfolio to benefit shareholders by leveraging innovation and maximizing value of the assets through systematic exploration.

The two-year exploration and development program underpins the company’s business strategy, and given the early success across some of its projects, the decision to focus on these assets appears to have merit.

During the June quarter the company released an exploration target for the Schellgaden Gold Project. 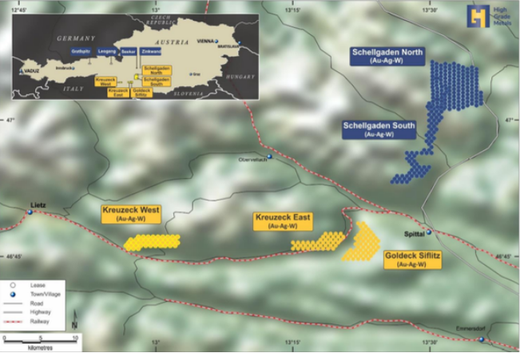 Drilling is expected to commence at Schellgaden in the September quarter.

During the June quarter the company also released an Exploration Target (conceptual in nature) for the Nöckelberg Prospect, part of the flagship Leogang Project that is supported by whole rock assay results, soil geochemical assessment and detailed geological modelling. 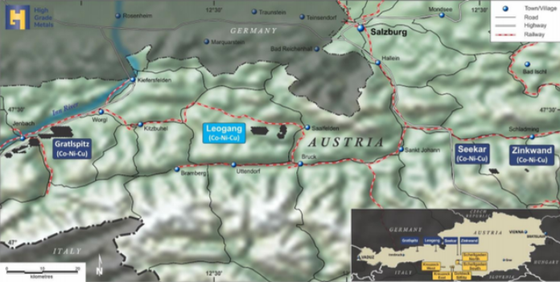 A comprehensive drilling campaign will commence at the project in the September quarter.

The area covers one of the oldest and most famous mining localities in Austria, the Schwarzelo Valley, where mining was first documented in 1425.

Nickel and cobalt were mined in the region from the mid-16th century when Leogang was renowned for the diversity of its mineralogy and rich ore. 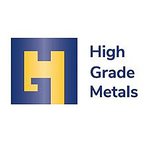