These new drill results add to a remarkable list of stand-out drilling intersections recorded from the company’s recently completed drill program, which include:

Given the shallow, high-grade nature of mineralisation, San Antonio looks set to become a key addition to HCH’s large-scale open pit resource inventory with the potential to make a positive material impact on the head grade of the company’s future copper production plans.

The full results from HCH’s recent 5,000m drilling program have added further confidence in the discovery of a large high-grade extension to the San Antonio copper mine. San Antonio lies 20km east of HCH’s Productora copper project in Chile and forms part of the company’s consolidated El Fuego high-grade growth project as shown below. 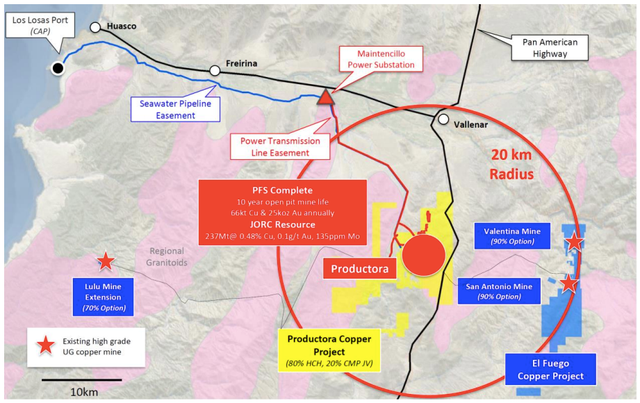 Mineralisation at San Antonio remains open at depth and along strike as displayed below: 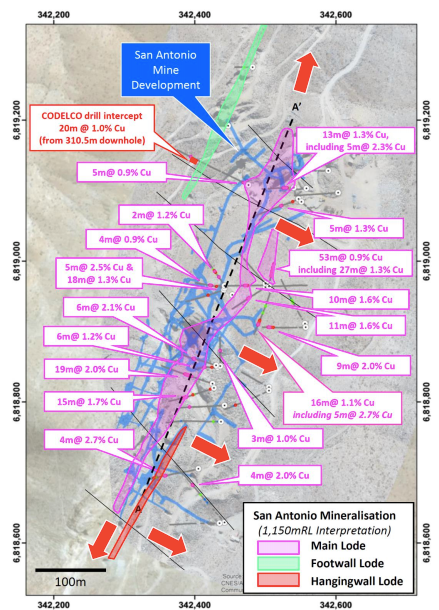 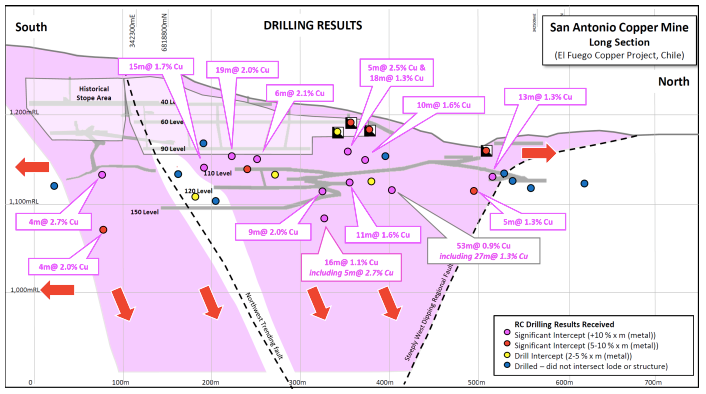 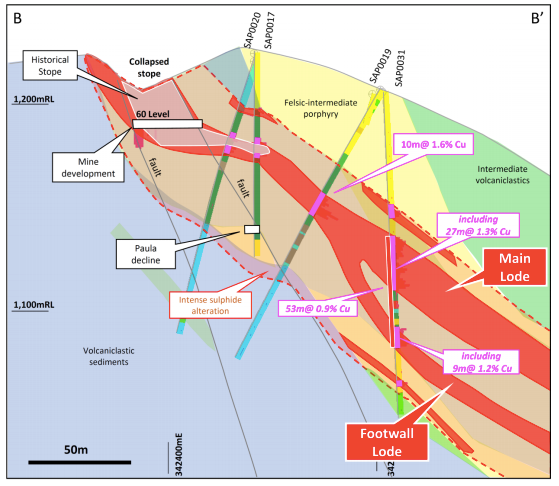 Drill planning is currently underway in advance of submission of regulatory applications to commence follow-up and resource definition drilling at San Antonio. Results are expected shortly from three drill holes completed at the Valentina copper mine.

These results will also assist in the design of further drilling to define a second high grade resource opportunity.

San Antonio is fast shaping as the first of several high grade satellite copper deposits that HCH is looking to incorporate into its large-scale, bulk tonnage Productora copper development, located 20km to the west.

In addition, gold and silver co-products at San Antonio could potentially provide valuable additional credits. San Antonio is now positioned to become a key addition to the company’s existing large resource base — already standing at 1.5Mt copper and 1.0Moz gold.

HCH next aims to confirm and advance the high grade Valentina copper mine (located 5km north of San Antonio) toward the commencement of resource definition, providing a second nearby resource growth opportunity. In addition to Valentina, the Lulu copper mine extension and multiple large copper targets defined along the San Antonio – Valentina corridor (8km) offer a strong pipeline of additional high grade copper exploration targets within the consolidated El Fuego copper project.