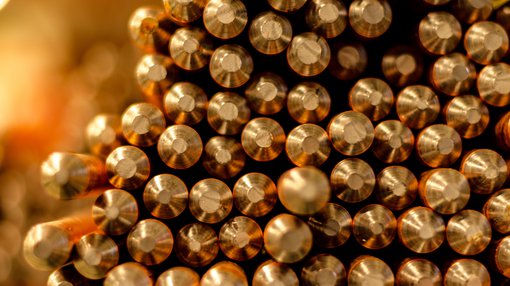 Hardey Resources Limited (ASX:HDY) has this morning updated the market on exploration activities across its portfolio in New South Wales and Western Australia. The company has a significant exploration budget for the remainder of 2018, and has undertaken a strategic review of its assets and formulated plans in particular for its gold and copper projects.

At HDY’s Grace gold project the company is in discussions regarding heritage surveys which it hopes to be completed mid-year. Following this, it can then access the site and undertake permit drilling in the September quarter, with a focus on identifying extensions to the existing resource of 1.59Mt at 1.35g/t gold for 69,000oz of contained gold.

The Grace project area contains oxide mineralisation that’s “variably open along strike and at depth and is associated with shallow dipping en-echelon stacked vein sets and a large vertical stockwork of hydrothermal breccias along the Grace-Bemms shear”.

High-grade primary gold remains open in all directions and the relationship with further high-grade copper mineralisation remains prospective. Drilling is generally shallow, and many of the drill-holes to date haven’t yet thoroughly tested the continuity of gold mineralisation at depth.

HDY’s programs for its Hackneys Creek and Isabella, located within the Lachlan Fold Belt tenements, continue to progress through the planning phase.

The Isabella gold project on EL7975 returned promising geochemical soil anomalies and assay data during historic programs, and such data is now being used by HDY to finalise the design of two RC drilling holes planned for later in the year (~2000m) aimed at infilling previous drilling to improve model definition. Access negotiations at Hackney’s Creek are close to conclusion.

The company is currently progressing its Environmental Impact Statement (EIS) as it looks to re-commence mining activities at the historic Lloyd’s Copper Mine at Burraga, NSW.

This has so far involved mobilising specialists and undertaking a thorough review of all existing data and reporting in order to fast-track the EIS.

With current favourable copper prices, HDY has decided to focus efforts on the Lloyd’s project. The company aims to obtain a mining license for the Lloyd’s site to allow the processing of existing and as yet unmined material.

HDY began a review of the tailing stockpiles at Lloyd’s earlier in the year, with the aim of identifying a suitable strategy for commercialising the stockpiles.

In addition, the company is looking to emulate BHP Billiton and Rio Tinto by considering the use of hyperspectral mineralogy tools such as the CSIRO’s HyLogger system. Towards this end, HDY is currently engaging hyperspectral specialists to define a mineral map of the Lloyd’s site.