EYM: zinc and gold uncovered with drilling set to commence

News hot off the press today is that Elysium Resources (ASX:EYM) is gearing up to begin drilling zinc and gold targets at its Burraga Project in NSW.

The company this morning released an announcement explaining that it had uncovered zinc and gold targets at the highly prospective project and that drilling will begin shortly.

The Burraga Project is located in the world class East Lachlan Ford Belt of central western New South Wales — an area with a rich history of exploration.

The company recently shifted its focus away from copper to the more lucrative gold and is also ramping up its attention on zinc, which EYM intends on eventually making its primary focus.

The change in direction comes about after changes to its Board of Directors and a handy $3 million capital raising last year. Guided by the new Board, an extensive review was conducted to determine the best direction in which to take the budding explorer.

The company’s review found that the best course of action was to shift its immediate focus from copper to gold and to follow up on data that suggested the presence of promising zinc and polymetallic (copper, zinc, lead, gold) mineralisation on its tenements.

The decision was made not only due to supportive exploration data, but also the relative attractiveness of zinc and gold prices. Just take a look at the following five year Australian dollar zinc price chart: 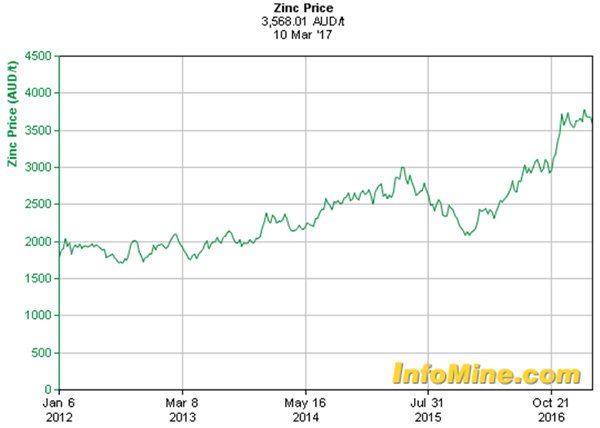 EYM’s Burraga Project is located in an area with a rich history of gold and copper mining and covers a total area of approximately 138 sq. kilometres.

The project hosts three main targets: the Lloyd’s copper mine, Hackney’s Creek gold mine and the Lucky Draw gold mine, and consists of three contiguous exploration licences (EL6463, EL6874 and EL7975).

On the following map you can see the Burraga Copper-Gold Project tenement outlines: 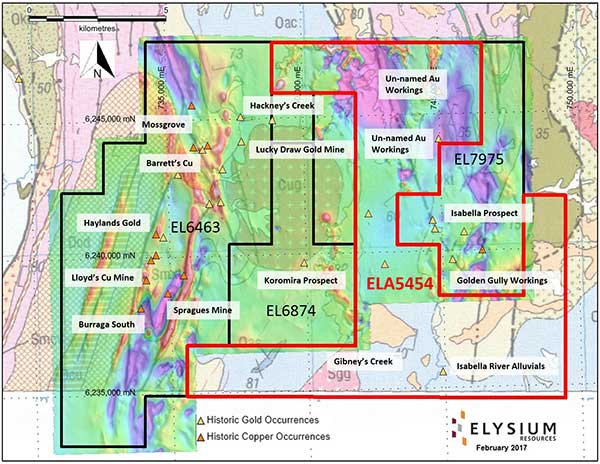 EYMs past focus has been on copper, and gold to a lesser extent, as the zinc potential of the project has been largely overlooked. But now, EYM is eager to pursue the encouraging zinc opportunities at the project.

Of course, as with all minerals exploration, success is no guarantee – consider your own personal circumstances before investing, and seek professional financial advice.

It has a list of emerging polymetallic targets across the project, forming an enviable portfolio that EYM aims to progress significantly in 2017. 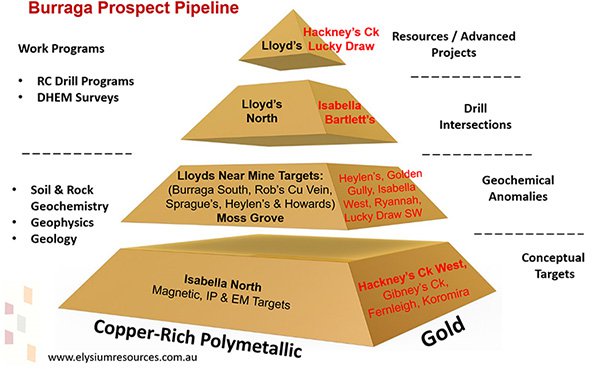 The project includes Lloyd’s Copper Mine (EYM recently acquired the freehold land covering the resource). Between 1880 and 1920, then intermittently up to 1961 — Lloyd’s produced 19,443 tons of copper from 469,626 tons of ore implying a recovered grade of 4.14% copper.

A number of other exploration companies in the area have woken up to the area’s greater potential and begun shifting their focus to zinc. However, EYM has done more than just think about zinc’s potential — it has already committed to a drilling program.

Within the Lloyd’s copper mine, highly encouraging zinc-dominated mineralisation has been observed, as follows:

The zinc potential surrounding this intersection and adjoining drill holes is currently being interpreted with the aim of targeting follow-up Reverse Circulation (RC) drilling in the June 2017 quarter.

Another promising target, located to the west of Hackney’s Creek, Lucky Draw, is the Mossgrove zinc and polymetallic target which is also being assessed ahead of potential drilling. It consists of a series of copper-zinc +/- lead-silver-gold targets along a seven kilometre-plus shear zone.

Mossgrove could be considered prospective for syngenetic and epigenetic massive sulphide polymetallic deposits as well as McPhillamy’s-style gold mineralisation. The Mossgrove shear zone is considered to be a splay off the Godolphin Fault which is associated with Regis Resources’ McPhillamy’s gold deposit.

So far only very limited drilling has been undertaken at Mossgrove, with the results confirming encouraging broad low-grade anomalism. EYM is compiling historic exploration data with further announcements expected soon.

It should be noted that EYM is an early stage play and anything can happen, so seek professional financial advice if considering this stock for your portfolio.

EYM is now in the final stages of securing land access to drill test its advanced Hackney’s Creek gold target at Burraga. It has received all regulatory approvals and is now engaging a drilling contractor.

The project contains JORC 2004 inferred Resource of 2.21 Mt at 1.4g/t gold for 108,000 ounces and infill drilling should allow the Resource to be upgraded and potentially expanded shortly. 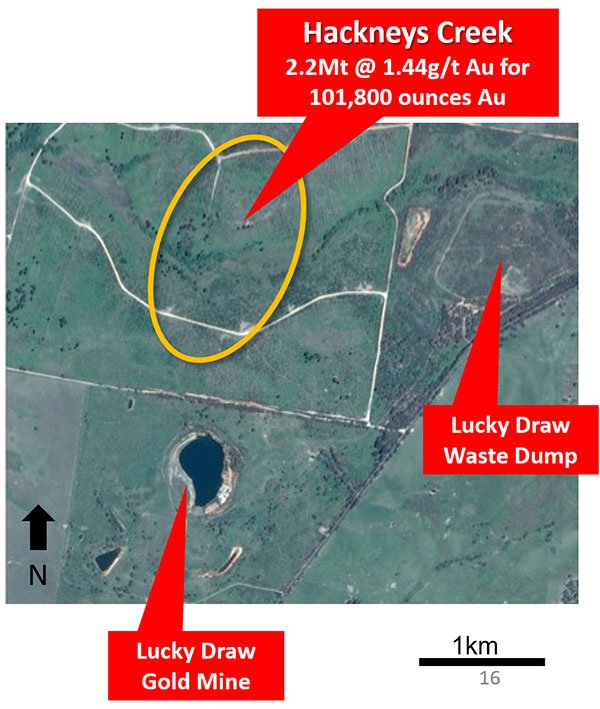 The Hackneys Creek prospect is located some 800 metres north of the Lucky Draw deposit and has similar mineralisation.

Lucky Draw was discovered by Renison Goldfields Consolidated in the mid-1980s which mined a total of 1.48 Mt grading 3.53 g/t gold between 1988 and 1991. The current resource at Lucky Draw, of 31,600oz, is largely contained in the pod of un-mined mineralisation to the northwest of the pit. It was not economic to mine this resource in the early-90s in the low gold price and high cost environment at the time.

Hackney Creek’s was also discovered by Renison Goldfields in the late 1980s, yet despite its proximity to Lucky Draw it was never mined.

EYM continues to investigate its previously underappreciated zinc and polymetallic potential —following the arrival of the revised Board and renewed focus and in light of the positive outlook for the zinc price — while continuing with early-stage exploration to bring the multiple regional gold targets within its landholding to drill-ready status.