The Lloyds mine is part of the broader Burraga copper-gold project located in New South Wales, consisting of three contiguous exploration licenses (ELs), ( EL6463, EL7975 and EL6874) surrounding the highly prospective Burraga Granite as indicated below. 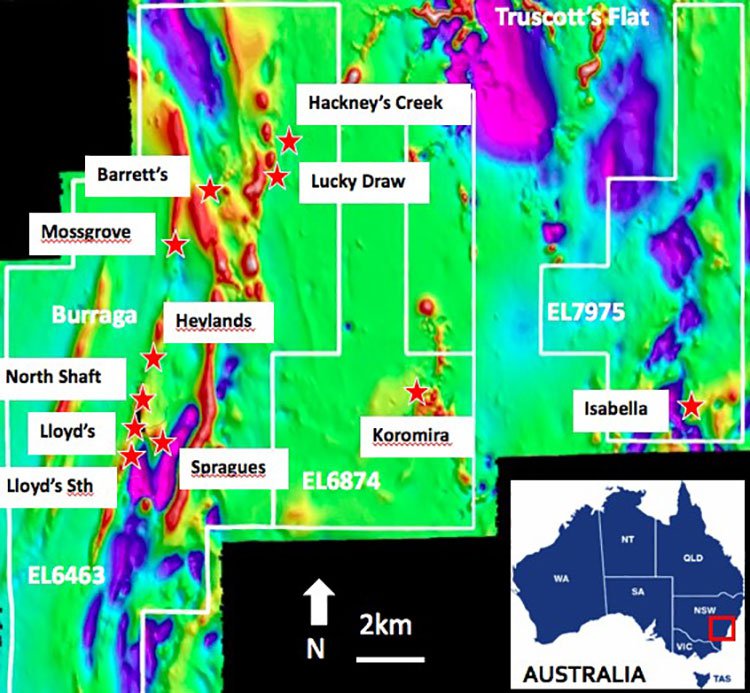 As a backdrop, the Burraga region is in the heart of the world-class Lachlan Fold Belt, which is renowned for its base and precious metal deposits such as Cadia-Ridgeway.

Although it should be noted that EYM is an early stage play and investors should seek professional financial advice if considering this stock for their portfolio.

EYM’s ELs encompass highly productive historical mine sites, namely the Lloyds Copper Mine (19,443 tonnes grading between 3.5% and 4.1% copper) and the Lucky Draw Gold Mine (1.4 million tonnes grading 4.2 grams per tonne gold), as well as the highly prospective Isabella and Hackneys Creek gold prospects.

Mineralisation at Lloyds Copper Mine is complex, but is characterised by stacked lenses which have some characteristics of an epithermal-style system. The mine also has two existing slag dumps, totaling 90,000 tonnes grading 1.3% copper (all indicated, no cut-off) and a drill proven tailings resource of 280,000 tonnes grading 1.2% copper, once again all in the indicated category with no cut-off.

Click this link to view EYM’s resource estimate for the Burraga copper project which was completed in 2015.

To date, drilling at Lloyds has targeted mineralised horizons based on previous models further to the east than had previously been drilled, with the company aiming to intercept mineralisation down dip as indicated below. 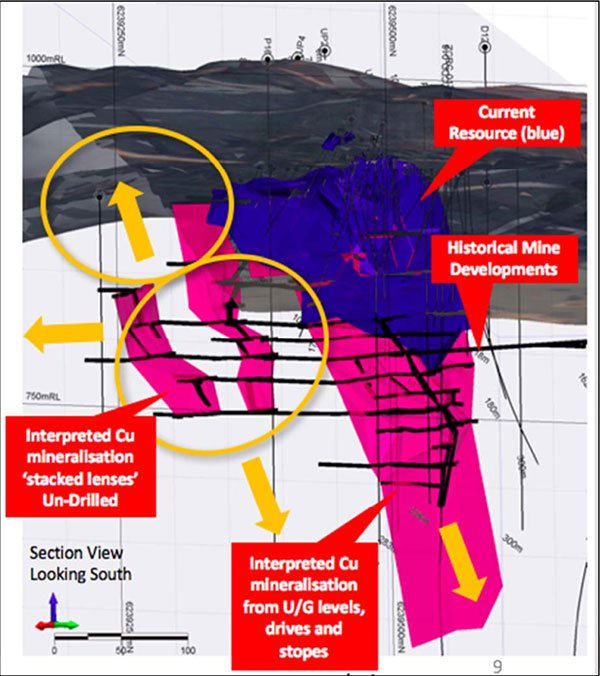 Core from the 2015 drilling program and exploration holes within the Lloyd’s prospect are currently undergoing sample preparation for further analysis.

Similarly, a soil sampling program at the Isabella gold prospect will be undertaken over an identified prospective area in order to establish future drill targets.