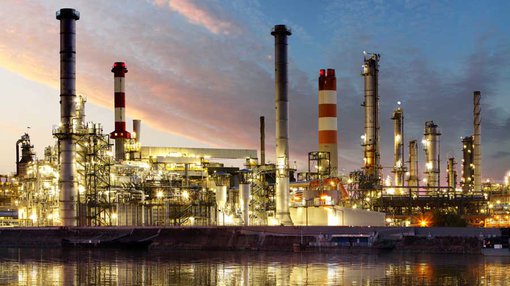 Shares in Lion Energy (ASX:LIO) spiked 15% last Thursday after the company announced that its Amanah Timur-1 well had been spudded on January 3 and was expected to take only 10 days to drill to a total depth of approximately 570 metres.

The potential near-term catalyst of exploration success in a low risk region adjacent to essential infrastructure with prospective resources of up to 9 million barrels of oil (gross recoverable) has no doubt excited investors, particularly given a positive income would generate near-term cash flow. 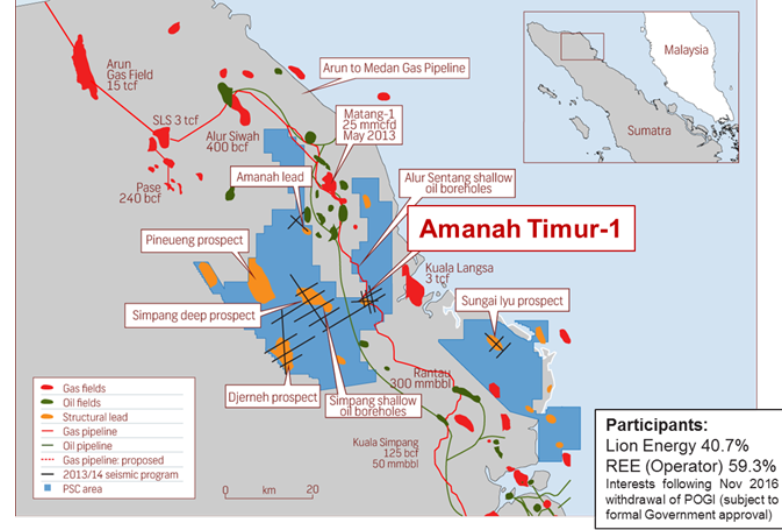 In highlighting the significance of Amanah Timur, LIO Chief Executive Kim Morrison said, “The drilling of Amanah Timur represents a key milestone for Lion as we have led the technical effort on this prospect which represents a highly attractive opportunity with near-term cash flow potential”.

However, investors should note that LIO is an early stage exploration company, and share price movements, as well as forward-looking statements by management and/or analysts should not be used as the basis for an investment decision. Independent financial advice should be sought if considering this stock.

What may have been equally instrumental in driving LIO’s share price higher was news that a record total lifting of just over 500,000 barrels of oil from the Seram (non-Bula) Block PSC had been completed on December 25.

This news was released on the last trading day prior to New Year’s Day, and was likely missed by many investors. LIO’s share of revenue from the sale was nearly US$500,000, but just as important is the fact that management has forecast full-year production to exceed 1.39 million barrels, equivalent to 3800 barrels of oil per day.

Resultant cash flow combined with proceeds from the recent capital raising of $650,000 is timely as the company embarks on an aggressive exploration program in 2017.

In November, Peter Strachan from Strachan Corporate assessed a risked value of $24.5 million or 25 cents per share based on the share structure at that time, after allowing for farming down to fund exploration work.

Broker projections and price targets are only estimates and may not be met. Also, historical data in terms of earnings performance and/or share trading patterns should not be used as the basis for an investment as they may or may not be replicated.

While there has been some dilution relative to his valuation as a result of the capital raising conducted in December, this only had a nominal impact on his valuation and it is important to note that this will possibly be offset by recent developments at Seram and/or success at Amanah Timur.

Strachan views the company’s South Block A prospect as particularly promising, saying, “The North Sumatra Basin is one of the most prospective hydrocarbon basins in Indonesia with discovered hydrocarbons amounting to 22 trillion cubic feet of gas plus 1.6 billion barrels of liquids”.

He highlighted the fact that LIO has identified six high priority drilling targets within this permit, which have P50 prospective resources totalling 514 billion cubic feet of gas plus 24.8 million barrels of oil and condensate. Importantly, LIO has rights to both conventional and unconventional petroleum resources found within the perimeters of this permit.

LIO has a 40.7% interest in the project. Strachan lists below the metrics relating to each prospect on a 100% ownership basis. 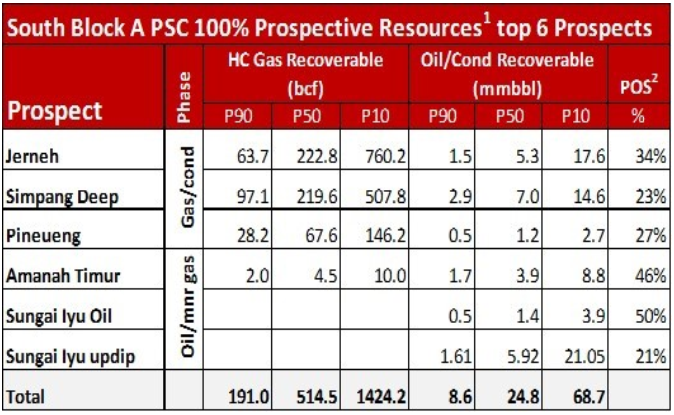