The drilling program comprised of 17 holes for nearly 1500 metres with an emphasis on Creasy 1 where 15 holes were drilled.

Management said that remaining samples from recent drilling have been dispatched to the laboratory and the company should be releasing results shortly.

Discussing the broader exploration campaign, chief executive Ian Warland said, “The inaugural drilling campaign which focused on targets at Creasy 1 and 2 has been a resounding success.

‘’Notably, we have intersected shallow high-grade gold up to 3 metres at 20 g/t gold.

‘’Samples for the remaining 11 holes are at the laboratory and we look forward to informing shareholders of the remaining assay results once they have been finalised.” 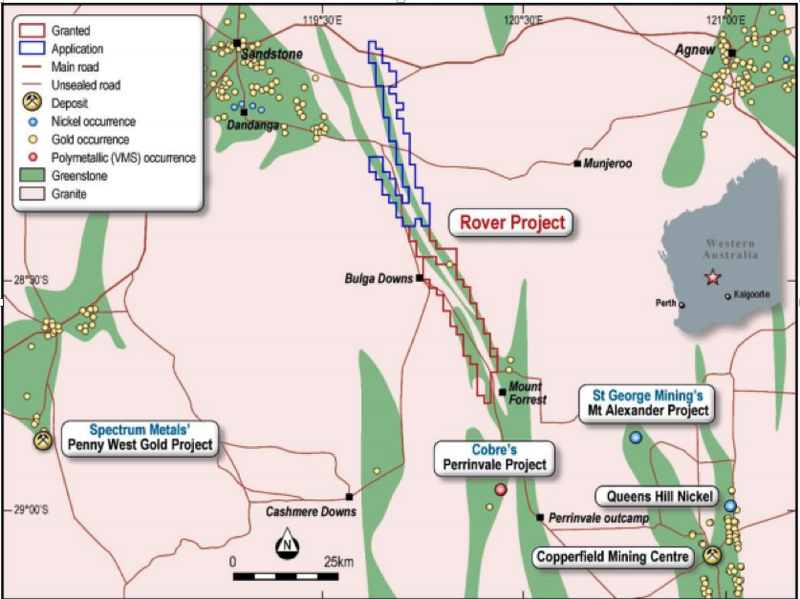 As Warland pointed out, the drilling campaign has already featured some outstanding results, particularly from Creasy 1 which have included 3 metres at 20.1 g/t gold and 3 metres at 14.8 g/t gold.

Both of these intersections were at relatively shallow depths of about 50 metres.

Should these results be backed up by further evidence of shallow high-grade mineralisation, it will bode well for follow-up exploration in 2020.

Moving into the new year, management said that the immediate priority is to fully analyse the drilling results and commence formulating the next phase of the exploration campaign which is likely to focus on priority areas at Creasy 1, 2 and 3.