Drilling off to a cracking start at Manitouwadge 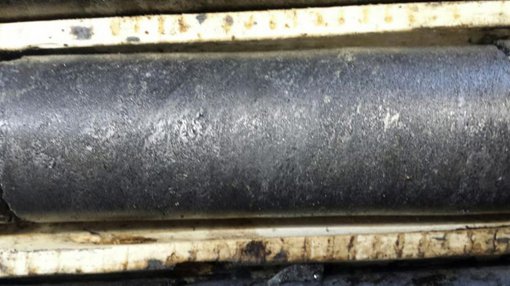 Drilling at Ardiden’s (ASX:ADV) graphite project in Canada is off to a good start with 14 out of 15 holes hitting mineralisation and testing confirming low-cost floatation was a good fit for its graphite.

It has been drilling at its Manitouwadge graphite project in Canada since the start of the month, testing the Silver Star and Silver Birch electromagnetic anomalies.

The effective strike length of these anomalies is 19.3km and previous sampling had confirmed graphite flake size distribution of jumbo and large flake graphite in up to 80% of samples.

ADV told its shareholders yesterday that it had managed to drill 15 diamond holes for 1216m, with 14 out of 15 hitting mineralisation.

Samples from the drilling have been sent off from the lab for assessment.

It also told its shareholders that further metallurgical work on the previous sampling had confirmed low-cost floatation beneficiation could bring its graphite up to 96.8% total graphitic content.

This was an improvement on previous tests which had finished with a grade of 95.6%.

The feed grade for the latest testing was 11.4%.

It said the positive result meant that it could now start to think about whether to sell the raw product, or process it further to achieve grades of up to 99.5%.

More on the Manitouwadge project

Previous diamond drilling at the project identified surface graphite at depth, with grades comparable to that of other deposits in Ontario including that of TSX-listed companies such as Zenyatta Ventures and Northern Graphite, both of which have seen excellent results in preliminary economic assessments.

Manitouwadge is just 100km from Zenyatta Ventures Ltd’s Albany deposit which is also on the edge of the Quetico sub-province.