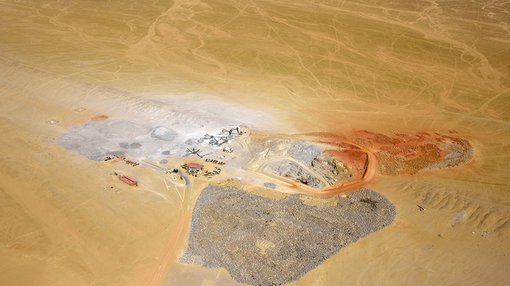 Speciality Metals International Limited (ASX:SEI) is looking well-prepared for a massive year of metals exploration ahead.

Today the company announced it has raised A$1.8 million through a fully subscribed placement of shares to institutional and sophisticated investors.

Earlier in the month, SEI announced it was beginning further exploration work for lithium brines and lithium (+borate) any day now, via a programme aimed at developing new lithium targets at its tenement in Chile’s northern Atacama region.

The successful placement announced today comprised 72 million shares at 2.5 cents per share, in a demonstration of strong support from shareholders — for a total amount of A$1.8 million (before costs).

This injection of cash means that SEI is now in a position to further develop its Chilean exploration, as well as its NSW gold programs. In addition, the company plans to use the funds to part settle the purchase of the Mt Carbine quarry and mining leases.

SEI expects that 68 million of the shares, the vast majority, will be allocated in early February with the remaining 4 million shares likely to be allotted to one of the company’s directors, Stephen Layton, via his investment company Bodie Investments Pty Ltd.

SEI has maintained a strong focus on diversifying its portfolio of early stage metals projects in recent years.

It now has multiple Chilean exploration concessions (each the size of 3 kilometres by 1 kilometre) including: Miraje 1-5 (Granted), Bellavista 1-5 (Granted), and Pintados 1-15 (Applications lodged and well progressed).

SEI also continues to maintain its world-class tungsten assets in Queensland — with a Binding Heads of Agreement signed with Mt Carbine Quarries Pty Ltd for the purchase of the Mt Carbine Mining Leases ML 4867 & ML 4919 and quarrying operations.

In terms of its gold prospects, SEI has acquired gold exploration licenses at Panama Hat in NSW (required drilling permits secured) and is awaiting concessions to be granted at Pintados in Chile, with surface sampling undertaken this month. Drilling at Pintados will commence once the surface sampling results have been received.

Earlier this month SEI executive chairman, Russell Krause said the company’s recent granting of five new concessions in Chile “marks the start of an exciting new chapter with [SEI] now in a position to deliver upon its lithium diversification strategy.

“The board’s strategy will be to position the company as a low-cost lithium producer, using its key geological insights into the discovery of lithium brines. Due to lithium brines typically having a lower cost of production, the board believes that this will be the company’s key differentiator in the rapidly expanding lithium supply and demand markets,” he continued.

“The company also intends to incorporate other valuable mineral resources such as potassium, iodine and boron, contained within subsurface brines, within its Chilean exploration program. Chile is a country with very favourable mining investment opportunities and is endowed with great mineral wealth not only in hard rock mines, but also in the numerous salars or evaporative closed sedimentary basins in the Atacama Desert region of northern Chile.”