The Inferred Mineral Resource for the Johnnies Reward deposit incorporates assays from 41 drill holes including nine diamond, 15 percussion and 17 RC holes for a total of 4699 metres. It extends from an ‘outcropping gossan through a transitional weathered zone’ that is approximately 20 metres thick, with fresh rock beneath.

The mineralisation encountered at Johnnies Reward is interpreted to be an iron oxide copper-gold (IOCG) deposit hosted within a magnetite-pyroxenite. From exploration undertaken so far, it is open down-dip as well as along strike to the north.

The below map shows the location of the project in the NT’s Arunta region: 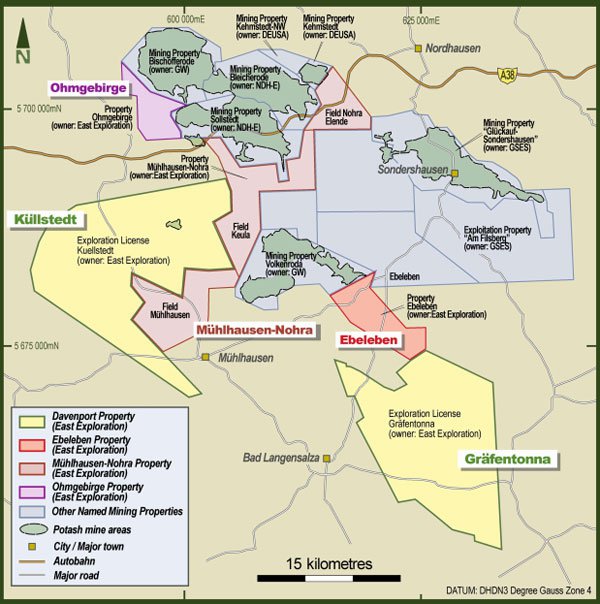 Commenting on today’s news, Executive Director Chris Bain said: “The open nature of the Inferred Resource down dip and the trend for several hundred metres along strike highlighted by both magnetics and biochemistry suggests that there is scope to significantly extend this maiden resource.”

Due to the fact that the project’s Inferred Mineral Resource has been estimated based on historic drilling information, the costs have been minimal for DAV — whose key focus remains on its potash assets in Germany’s South Harz Basin.