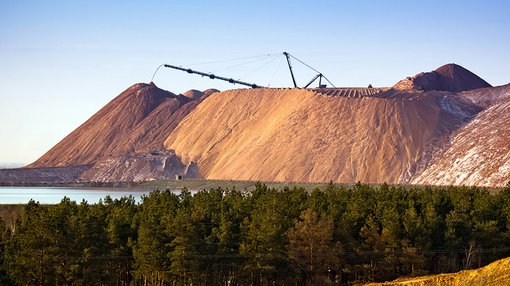 The three licences – Muhlhausen-Nohra, Ebeleben and Ohmgebirge (as seen below) are diverse and valuable. They are not subject to expiry or reporting requirements under the current German tenure system.

Adjoining Davenport’s existing exploration licences, the tenements have been extensively drilled with historic estimates dating back to the GDR era when potash was extensively mined in the South Harz region.

In total more than 100 deep drill holes combined have been sunk across the licences, which has led to the creation of an exploration database that would cost upwards of €100 million to replicate today.

It should be noted here is an early stage play and investors should seek professional financial advice if considering this stock for your portfolio.

Davenport has commenced its review of the historic potash resources, with Muhlhausen to be reviewed first due to Sylvinite mineralisation that extends into Davenport’s adjacent Kullstedt licence.

Davenport Managing Director Chris Bain commented on the recent acquisition, “The issue of the notarized certificate allows Davenport access and ownership of all historic exploration data from the licences.

“Our team in conjunction with our consultants, ERCOSPLAN, have commenced collecting and analysing the information. Our priority is to review historic resource estimates within the licence to understand the work required to bring them to JORC2012 standards.”

In light of the acquisition, Davenport now holds exploration licences and perpetual mining leases in excess of 650km2 in the South Harz.