Sandras is part of the company’s recent Bynoe Lithium Project acquisition, which is adjacent to the Grants Lithium Resource and the BP33 spodumene pegmatite. The drill hole locations are shown on the map below: 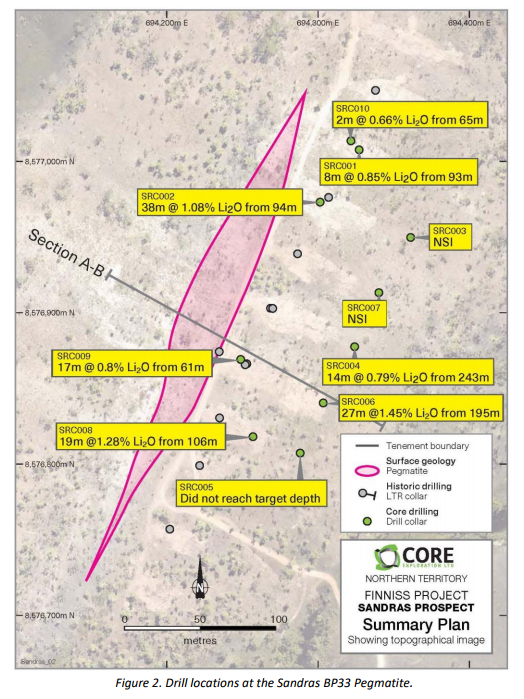 The highest-grade intersections at Sandras so far include: 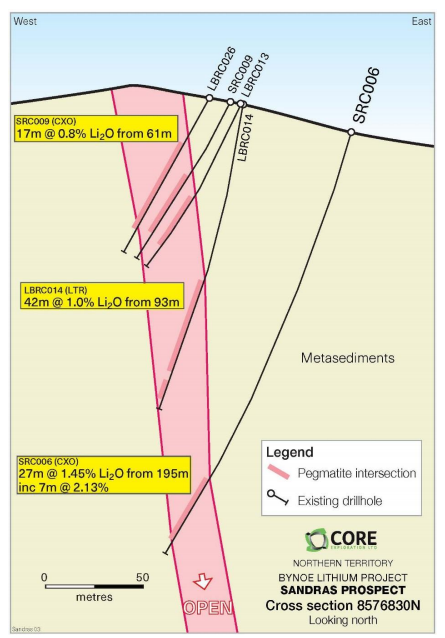 The results also confirm that spodumene grades increase with depth at the site, and support the concept of a southerly plunge to the pegmatite body. RC drill hole SRC005 terminated at 161 metres, before reaching its target depth.

The below table shows a summary of results from the Sandras prospect: 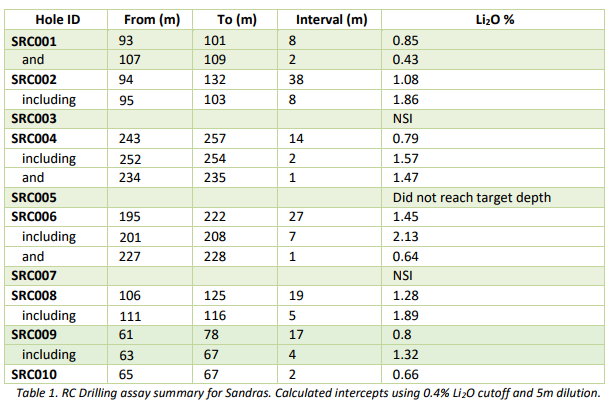 Next steps for the Sandras prospect

In the new year, CXO will test the prospect’s southerly plunge model via a diamond drill core tail. The company will also assess the recently received drill results and undertake a preliminary evaluation of spodumene mineralisation at Sandras during 2018.

The company is focused on continued diamond drilling and newly deployed RC drilling at BP33 through to year’s end, with RC and diamond rigs to commence Resource Upgrade drilling at the Grants prospect in January 2018.