Cora Gold Limited, a UK-based and AIM-listed gold exploration company with a focus on West Africa, has just mobilised a drilling programme at its Sanankoro Gold Discovery in Southern Mali.

Cora listed on the UK’s AIM market in October, raising around £3.45 million (A$6.11 million) and intending to commercialise a 14 kilometre stretch of known gold-bearing tenure.

However, it is early stages for the company and investors should seek professional financial advice if considering this stock for their portfolio. 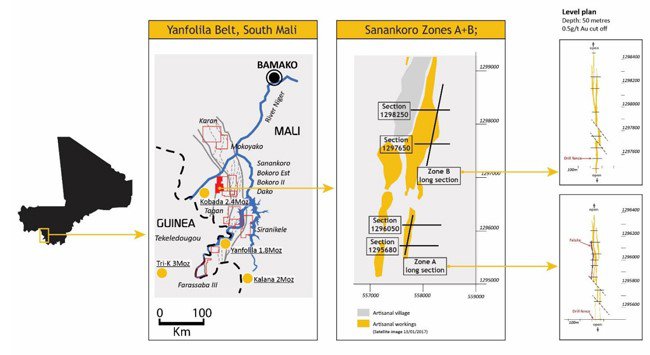 The initial 3,000 metre combined AC and RC programme represents the first phase of Cora’s programme, currently planned for completion before the end of this year. Meanwhile, the full drilling programme of approximately 15,000m, is anticipated to complete sometime in Q2 2018.

More specifically, Cora’s drilling is targeting the 1.5km long ‘Target 1’ (as shown in the image above), located towards the north of Sanankoro and identified by shallow historical drilling which returned values including 6m at 2.7g/t gold, 3m at 5.9 g/t gold and 15m at 1.0 g/t gold.

Additionally, Cora is also conducting infill and confirmatory drill holes at Zones A and B, where it intends to change the drill-direction bearing from the traditional East-West to North-West, as a means of better testing all quartz veins at Sanankoro. At Zones A and B, the major focus is to test for extensions along strike following recent mapping of the area which indicated “the presence of a well-developed set of east-west trending, sub vertical, quartz veins that are believed to carry gold mineralisation” according to Cora Gold CEO Jonathan Forster.

A key aspect of Cora’s exploration programme is to clarify the status of previously targeted trending zones which have been unable to systematically test gold mineralisation potential at Sanankoro. 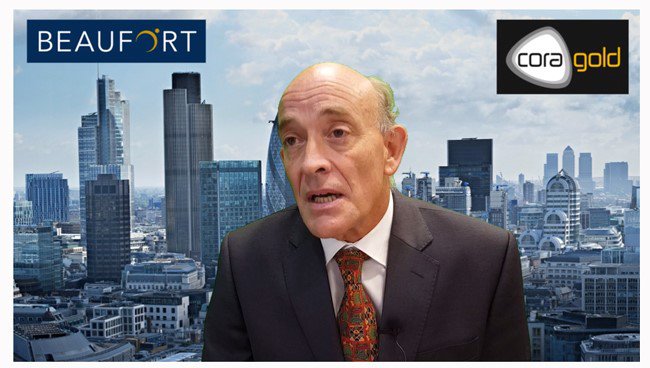 “We are very excited to have commenced the drilling programme at Sanankoro, building on Gold Fields’ positive historical results from Zones A and B. The programme is designed, in the first instance, to further highlight the potential scale of Sanankoro which we believe could be a >1-million-ounce standalone mining operation. I look forward to reporting on the progress of the drill programme and on further targets as we advance the 15,000m campaign.”

Exploration success at this early stage for Cora, is likely to provide further encouragement and maintain the company’s gradual development from explorative junior to confirmed producer at Sanankoro.