Sampling and other surface geological investigations undertaken by the company all point to significant potential for shallow, oxide gold mineralisation which until now have remain untested by drilling.

CNQ carried out the sampling program in April this year to get a greater understanding of the gold distribution and grades at Panama Hat.

The most recent sampling program indicates that gold mineralisation is closely associated with sulphides (pyrite) mineralisation on the margins of the quartz veins; while also effectively extending the strike length over which high gold values have been obtained at the prospect to date.

Below shows the location of the sampling sites in relation to each other and Broken Hill, NSW: 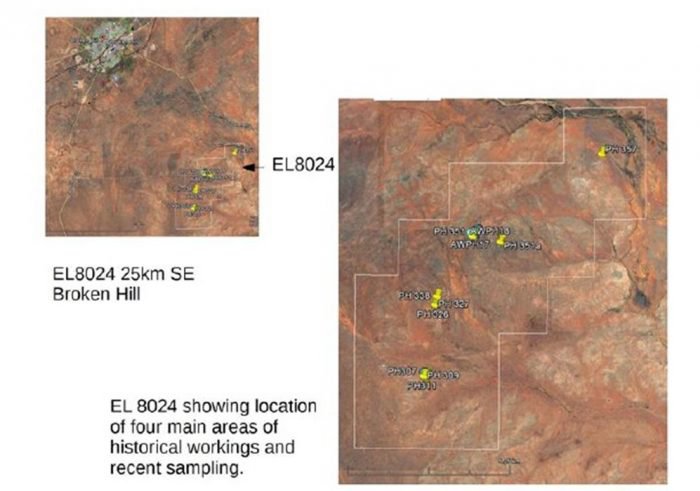 A summary of the gold analyses at Panama Hat EL8024 are shown below: 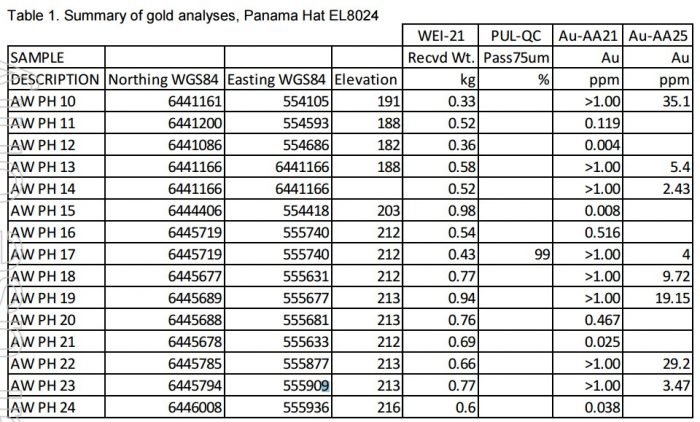 Beyond gold, the company also has advanced tungsten projects in Queensland, and recently secured five exploration concessions within northern Chile as part of its strategy to position itself as a low cost lithium brine producer.

It aims to fully delineate commercially viable lithium brine at its Chilean project in the next 12 months.