Carbine Tungsten (ASX: CNQ) has received official confirmation of the grant of five exploration concessions in northern Chile. The concessions are valid until May 10, 2019 and cover part of the Salar de Miraje, and enclosed drift basin in the Atacama Desert.

Management noted that on present evidence, this area is geologically analogous to the Salar de Atacama rift basin, located 150 kilometres to the south-east, a source of a third of the world’s lithium from brines within the sediments deposited in the basin.

Of course, it should be noted this is an early stage play and investors should seek professional financial advice if considering this stock for their portfolio.

Analyses of surface samples taken by CNQ of evaporative saline crusts in Salar de Miraje indicate that the crusts contain anomalous lithium, boron and potassium. In reconnaissance sampling (see below), CNQ has determined that lithium values in saline crust samples that exceed 50 ppm lithium appear to be anomalous.

The significance of these anomalous values will be tested by drilling proposed for later this year. This will be aimed at sampling brines anticipated to be contained in early rift fill sediments within the Salar. 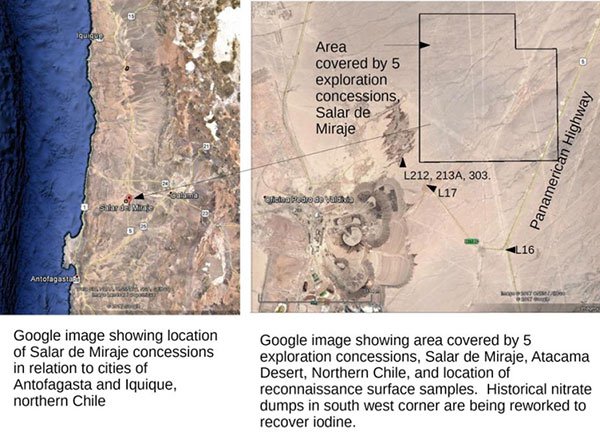 Leading up to these developments, CNQ had outlined intellectual property developed by Doctor Andrew Wright and Rado Jacob Rebek constituting radical insights into the geological habitat of lithium.

It was noted that lithium brine is occurring in internal drainage basins in continental rifts, and that lithium is one of many metals introduced in solution into the basins as a consequence of rifting.

CNQ highlighted that Chile in particular encompasses a continental rift of the right proportions, though this had not previously been recognised.

While Chile is a major producer of lithium from brines that occur in modern internal drainage basins in the Altiplano at elevations of more than 3500 metres, the existence of lithium brines in geologically older basins at much lower altitude (between 750 metres and 1000 metres) west of the Altiplano had not been tested.

These older basins are mostly covered by desert dust, although they have produced nitrates, borates and salt (Sodium Chloride).

The older basins have several major logistical advantages, including the fact that evaporation rates are higher for concentration of lithium brines to commercial grades. They are also closer to modern infrastructure such as power, sealed roads and ports.

As can be seen below, Chile is becoming an increasingly popular region for mining investment 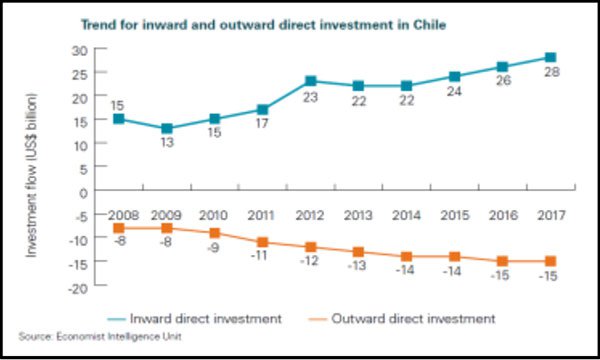