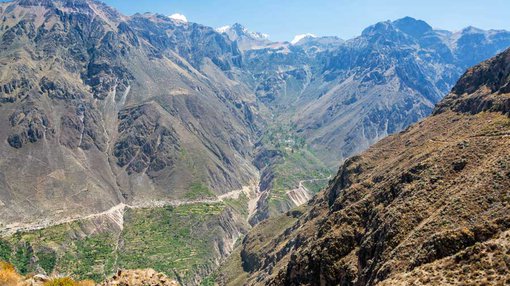 Question: With the price of zinc hitting 5-year highs and predicted to surge higher on the back of supply shortages, what does the producer of almost half the world’s refined zinc, namely China, do about it? Answer: Logically, it looks to shore up supply of zinc to feed its smelters and recent movement on the share register of Peru zinc explorer Inca Minerals Limited [ASX:ICG] suggest it may be a beneficiary.

With a 40% price rise year-to-date Macquarie Securities recently reported zinc as the most impressive rebounding commodity in 2016. They predict a continued price rally to peak in 2019 at over US$2,800 per tonne (up from US$1,445 per tonne in January 2016). 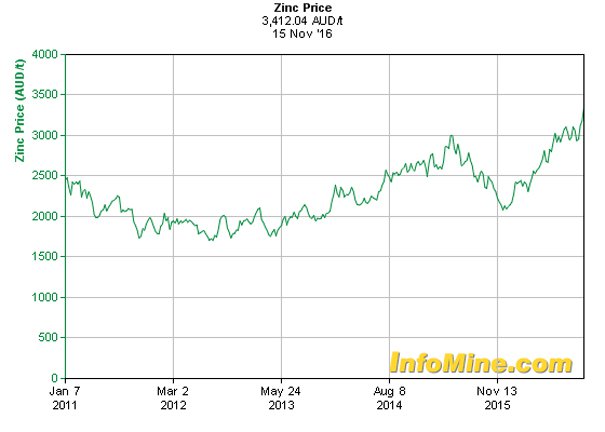 Zinc is used in galvanising steel and vulcanising rubber tyres (among its many uses). Mine supply shortages, Chinese infrastructure investment and strong automotive production globally have all contributed to its surge.

At the start of 2016, two large mines ended operations having exhausted their economic zinc resources (MMG’s Century mine in Australia and Vedanta’s Lisheen mine). This followed on from Glencore’s decision to halt production of half-a-million tonnes worth of zinc-in-concentrate. Understandably, this may have caused some concern for China. China has significant zinc smelters and refineries – it is singlehandedly responsible for just under half of the world’s global zinc production. Chinese smelters began feeling the supply squeeze in February of this year and, in recent times, zinc concentrate stocks in China are reported to have fallen to just a couple of weeks.

US President-Elect Donald Trump’s promise to massively overhaul crumbling US infrastructure could only heighten any nervousness China has over zinc supply. No wonder then that Chinese zinc smelters and mining interests are increasingly looking overseas to shore up supply and, having sourced almost 30% of its imported zinc concentrate from Peru in 2015, Peruvian zinc-exploration projects may be increasingly attractive for direct investment and/or off-take agreements.

Enter Inca Minerals Limited [ASX:ICG]. Inca has two zinc-silver-lead projects in Peru – the Riqueza Project and the Cerro Rayas Project both of which have reported some outstanding grades from sampling. Assay results from its most recent program and a drilling permit at the Riqueza Project are pending and astute investors may have also noticed recent changes to Inca’s share register with a great deal of interest.

Investors should also remember that ICG is still in the early stages of its exploration and those considering this stock for their portfolio should seek professional financial advice.

ICG’s ASX announcements on 24 October 2016, 14 November 2016 and 16 November 2016, regarding share placements and on-market acquisitions, indicate almost AU$3 million was invested in Inca by three Chinese investors in late October/November 2016. Despite the sums involved, no discount was provided with all acquisitions being done at market price. Almost AU$1.9 million was invested by Mr Zhian Zhang who is reported as the Chairman and majority owner of significant smelting and metal refining interests in Yunnan, China.

Circa A$900,000 was invested by Mr Shanfu Huang and Mr Haijun Wu. Mr Huang is reported as the President and Chief Executive of Minera Chinalco Peru and Mr Wu is listed as a geologist with the same company. Minera Chinalco Peru is a subsidiary of Chinalco – a Chinese government owned mining company with circa $AU90 billion in assets and turnover of approximately $AU45 billion per annum.

In aggregate, the three above investors now own 11% of Inca’s issued capital albeit Inca has not stated they are in any way related. However, Inca has taken the unusual step with these three investors in particular of securing agreement that votes attaching to their share placements must be voted in accordance with directions from Inca’s Board of Directors. Inca also stated, in its ASX announcement on 14 November 2016 immediately after the last of the placements to Mr Zhang, that it would now conduct a site visit to the Riqueza Project and the Board hoped this recent investment “...may become an important strategic commercial relationship over and above a direct interest in the Company’s securities.”

Much of the movement on Inca’s share register and indeed, much of the market’s interest in Inca is driven by solid exploration results from the Company’s Riqueza zinc-silver-lead project in Peru. An extensive multi-phase sampling and exploration program over recent months has produced significant grades and what the company believes are at least three genuine prospect areas. Of the 390 rock-chip samples taken at Riqueza (by Inca and by a previous owner of the project area), 50% of samples average 12.45% zinc, 311g/t (that’s 9.43oz/t) silver and 16.37% lead. Peak grades have been even more exciting (33.4% zinc and 540g/t silver for example).

ICG has applied for a 14,000 metre drilling permit at Riqueza. As part of that process, the company has already received its CIRA – being the archaeological clearance and Inca reports that the drilling permit application has moved past the assessment phase (with no material deficiencies) and is well into the approvals phase. The Company’s 2016 Annual Report indicates it expects drilling could commence during the December 2016 quarter.