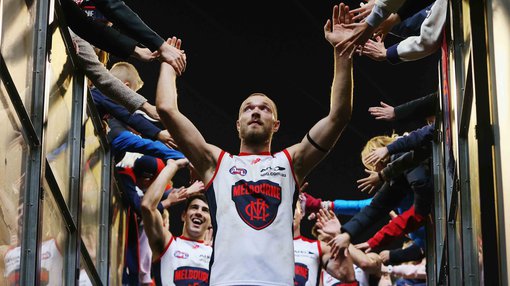 Chapmans (ASX:CHP) has provided a positive update on sports media business 20FOUR Media Holdings Pty Ltd (20FOUR), a group in which it has a 39% direct equity interest.

The content consists of athlete generated stories and studio produced content delivered via 20FOUR’s app-based platform and mobile website, as well as its social media platforms.

20FOUR was launched in April and has since made outstanding progress, outperforming all key metrics in its first quarter of operations.

However, it should be noted that CHP is an early stage company and investors should seek professional financial advice if considering this stock for their portfolio.

Notable achievements to date include the signing of more than 100 professional athletes across a broad spectrum of sporting codes including AFL, NRL, cricket and surfing. Management said there is also the prospect of another 100 signings at this stage.

Commenting on these developments and 20FOUR’s recipe for success, Chief Executive, Chris Haigh said, “The boom in influencer marketing has both confused and excited brands and advertisers, so 20FOUR’s business model is focused on keeping things simple by offering advertisers even greater reach and influence at a fraction of the time and cost usually associated with producing a content marketing campaign”

With a combined audience of more than 14 million social accounts 20FOUR has logged a total of 4.5 million video views across its app platform, website and social channels since its launch, achieving month on month growth of more than 75%.

There is the potential for exponential growth as the group’s current engagement with 45 global and local media agencies and high profile brands expands.

This will assist in building on an impressive result by CHP in fiscal 2016 when the group generated a net profit of $1.8 million from revenues of $4.2 million.

Management noted when releasing the result that the company was well-placed to deliver substantial capital upside in the six months to June 30, 2017 and beyond with 20FOUR Media Holdings being an important driver.

Having run a number of highly successful campaigns in the first quarter of its operations 20FOUR is generating revenues.

The business secured global icon Schick Hydro to brand another content campaign based around AFL player Max Gawn from the Melbourne Demons. It achieved 160,000 direct views with a total campaign reach of circa 2.2 million after being aired on Fox Sports’ AFL Footy Show with feature articles also appearing in the Herald Sun and other major publications.

Management believes the success of 20FOUR can largely be attributed to its effectiveness in delivering a targeted, fast and cost-effective medium which provides advertisers with direct access to very high profile talent, tightly aligned with brands.

The turnaround time in terms of developing campaigns is impressive with the company being able to meet the client’s needs in a matter of days rather than months. From the sports stars perspective it provides a legitimate new form of income, a matter of increasing relevance as the Cricket Australia pay dispute drags on and NRL salary caps come under scrutiny.

Anthony Dunlop, Chapmans’ Chief Investment Officer was praiseworthy of 20FOUR’s achievements to date, saying, “We are extremely pleased and excited by the success and rate of progress achieved by 20FOUR since its launch, and it is clear the business model is both robust and compelling with authentic content-led marketing now representing a new paradigm in advertising.”