Diversified gold and base metals explorer, Cazaly Resources Limited (ASX:CAZ) announced on Thursday that it had commenced preparatory work at the company’s Mount Venn Project ahead of planned drilling and geophysical programmes.

The belt is associated with the regionally significant Yamarna Shear Zone complex and has many similarities with the Dorothy Hills greenstone belt which hosts Gruyere.

CAZ conducted its maiden drilling campaign at Mount Venn earlier this year following the completion of access agreements and the subsequent granting of licences. Drilling focused on two prospects at Three Bears and Rutters, largely aimed at targeting anomalous gold and pathfinder geochemistry in association with favourable lithologies and structural positions defined from geophysics and previous mapping.

It is worth noting that little to no historic drilling had previously been conducted in these areas. The fact that the programme proved to be highly successful in defining a major gold mineralised structure at Three Bears and outlined widespread zinc anomalism at Rutters suggests there could be more promising news flow as the upcoming drilling program unfolds.

Management highlighted that mineralisation occurs within a wide structure dipping shallowly to the east and discordant to a steeply dipping package of felsic volcanics.

Given the region has not previously been systematically explored for gold, these features and the confirmation of a large gold bearing structure, greatly enhance the prospectivity of Three Bears.

Follow up work includes RC drilling below the RAB/Aircore intercepts and further extending drilling along the structures to the north.

From a geological perspective, the presence of extensive zinc mineralisation, with coincident elevated levels of gold, arsenic, silver, copper and lead, occurring within a felsic volcanic pile indicates the potential for primary VMS (Volcanic Massive Sulphide) mineralisation at depth.

Management also highlighted the fact that the presence of pervasive pyrite alteration, typically proximal to such mineralisation, and a coincident electro-magnetic anomaly provided further encouragement regarding the prospect of identifying base metal mineralisation.

RAB/Aircore drilling is planned over new targets defined in this central region of the project, targeting historic anomalous geochemistry and associated major structures. The RAB/Aircore drilling and the IP survey will commence within the next two weeks with RC drilling to commence once the target definition work at Rutters has been completed. 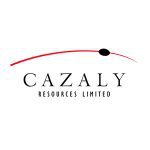