Blackstone Minerals (ASX:BSX) has made a new discovery which hosts visible gold and oxidised cobalt (erythrite) at the high-grade Little Gem Cobalt-Gold Project in British Colombia, Canada. The surface rock chip samples were taken from a new high-grade cobalt-gold prospect named Erebor, located 900 metres along a new trend to the south-west of the historic Little Gem mine adits.

The Erebor prospect is the first discovery of significant cobalt-gold mineralisation in the region since prospectors discovered similar mineralisation at Little Gem in the 1930s. The Erebor discovery further suggests the potential for the Little Gem Project to host multiple deposits akin to the Bou-Azzer primary cobalt district in Morocco (>50 deposits and 75 years of Cobalt production).

“This is a significant breakthrough for Blackstone and the high-grade Little Gem Cobalt-Gold Project and opens up the potential for multiple targets similar to the Bou-Azzer primary Cobalt district in Morocco. We eagerly await results from the IP survey and the ongoing extensive regional sampling and prospecting to define further targets throughout the region.”

It's also important to note that this is an early stage play and as such any investment decision should be made with caution and professional financial advice should be sought.

By identifying significant cobalt-gold mineralisation outside of the known mineralisation at Little Gem, the company believes it has taken a major step towards unlocking the potential for multiple deposits in a region with geology analogous to the Bou-Azzer primary cobalt district in Morocco.

BSX continues an extensive soil sampling program along the strike of Jewel (up to 98g/t gold & 3.2% copper), Little Gem and Roxey (up to 24g/t gold & 1.9% copper). Further regional targets are being generated through prospecting and stream sediment sampling across the entire 335km2of tenure with the 48 km of untested strike potential of geology prospective for primary Cobalt mineralisation.

The company also awaits results from the extensive IP survey testing the +1.8km strike target zone at Little Gem and the nearby Jewel prospect, located near the (ultramafic/ granodiorite) contact outcrop. 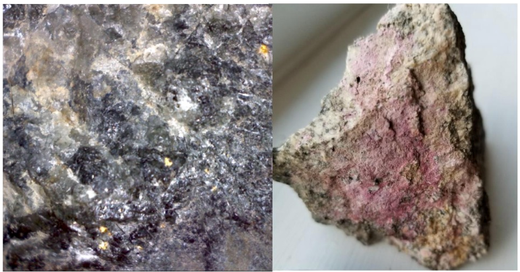 BSX has taken over 700 regional soil, rock chip and stream sediment samples throughout the entire 335 km2 of tenure at the high grade Little Gem Cobalt-Gold Project.

In the words of the company, it is “increasingly confident that the Little Gem Cobalt-Gold Project could host a belt-scale opportunity similar to the Bou-Azzer district in Morocco which will appeal to cobalt end-users looking for a long term supply of the key ingredient in the cathode chemistry of the Lithium Ion battery”.

As the regional data continues to be processed over the coming months, the company will be in a better position to understand the potential for the Bralorne district to host a world class cobalt camp. 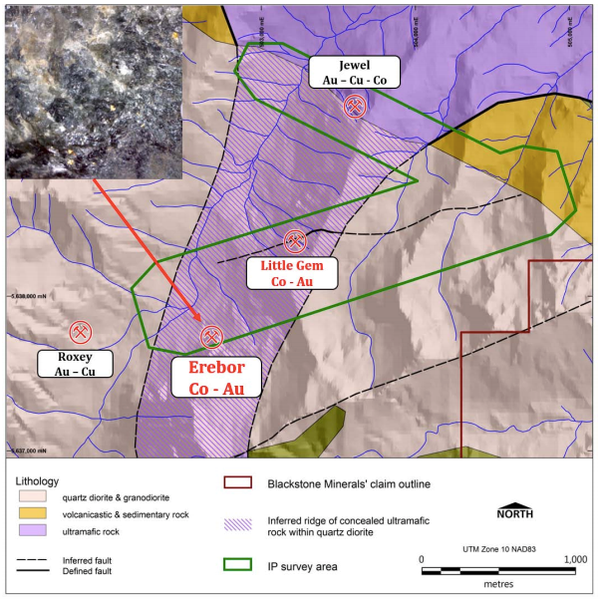 BSX has completed the initial six diamond drill holes at Little Gem and now has assay results pending for the remaining five diamond drill holes from the maiden drilling program. Drilling to date has intersected the Little Gem structure within metres of the interpreted target. The Little Gem alteration halo is significantly larger than previously estimated, and the 2018 drilling to date has consistently intersected a broad alteration zone, highlighting potential for a major hydrothermal system at Little Gem.

The Little Gem Project was discovered in the 1930s by prospectors identifying a pink cobalt-bloom on weathered mineralisation (Erythrite as per the Erebor discovery) that led to three adits being developed. A total of 1,268m of drilling was completed from underground and detailed channel sampling was taken from the adits.

A word on the cobalt market

Cobalt contributes up to 60% of the value of lithium-ion batteries which in turn accounts for greater than 50% of demand for cobalt. The lithium ion battery is projected to become the world’s most significant source of power with the use in electric vehicles being the key driver.

Bloomberg forecasts 55% of vehicles sold by 2040 will be electric, currently only 1% of global sales are EVs. Consequently, cobalt demand is expected to rise at 5% compound annual growth rate (CAGR) over the next four years.