BlackEarth Minerals NL (ASX:BEM) has released the final round of assay results from its thick, high-grade Razafy resource definition drilling program at the Maniry Project in southern Madagascar.

With all assays now received from the 65 holes drilling program, the company is preparing to release a maiden JORC-compliant Resource estimation for the Razafy area in early August, a potential share price catalyst.

Managing Director, Tom Revy is confident ahead of delivering the Resource estimate, saying “These final results for Razafy re-affirm the Board’s confidence in confirming a sizable, high quality Resource to be defined in the Maniry Graphite Project.

“Our first six months in Madagascar has been extremely positive in terms of work completed and outcomes.

“While initial exploration and mineralogical results have exceeded our expectations, we also need to remember that we have only scratched the surface of this large graphitic system.”

The assay results recently received continue to demonstrate that the two ore bodies at Razafy are thick, consistent and high grade.

These results have also shown that the Razafy ore bodies are open along strike and down dip. 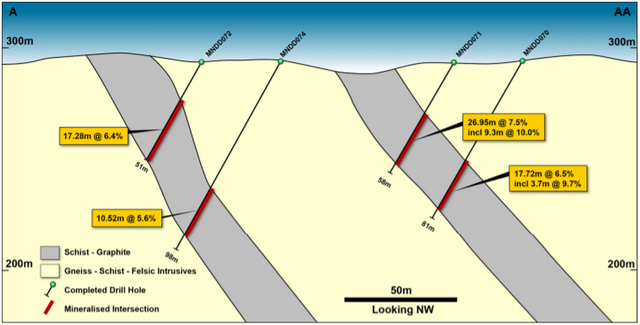 Assay results for the four exploration holes drilled at the Razafy East Prospect have also been received.

Consistent thicknesses and grades from all four holes continue to demonstrate the potential for multiple economic graphitic schist lenses proximal to the high grade Razafy Deposit.

These drilling results will be part of the maiden Resource estimation for the Razafy area.

BlackEarth has also completed 21 of the 25 planned drill holes spanning a distance of 2000 metres at the Haja Prospect.

Management said that drilling is progressing well and is expected to be completed within the coming week with a maiden Resource estimation in the December quarter of 2018.

Previous drilling at the Haja Prospect identified extensive thicknesses of graphite mineralisation, including intersections of 70 metres at 5.3% TGC.

The company’s Madagascan projects consist of two primary exploration areas, the main Maniry project in the south, and the Ianapera project in the north. 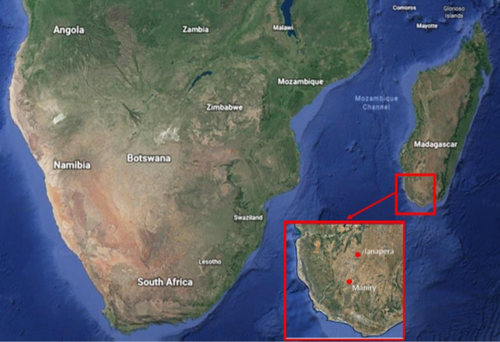 Maniry is highly prospective for large-scale, high-quality graphite deposits, and it appears to be delivering on its early promise.

However, it would appear that there is substantial scope for Resource expansion with the recent identification of further lenses to the east.

This highlights the prospectivity of the immediate area which, based on mapping and previous exploration, only represents five per cent of the current Maniry Project area.

Ianapera is approximately 50 kilometres north of Maniry, consisting of a series of high-grade outcrops, up to 800 metres long and 30 metres wide.

They possess graphite mineralisation within a broader graphite trend, and as a potentially larger conductive body, it could represent a substantial graphitic mineralised system.