BlackEarth Minerals NL (ASX:BEM) has provided a promising update on the recently received rock chip assays and mapping from the Maniry Graphite Project in southern Madagascar.

Mapping by the BlackEarth technical team has identified a number of outcropping graphitic schists within two kilometres of the Razafy Graphite Resource, with rock chipping returning exceptional assay results from all of the identified lenses.

In total, 56 rock chips were taken, the vast majority of which returned grades of more than 10% total graphitic carbon (TGC), with two results more than 40% TGC. 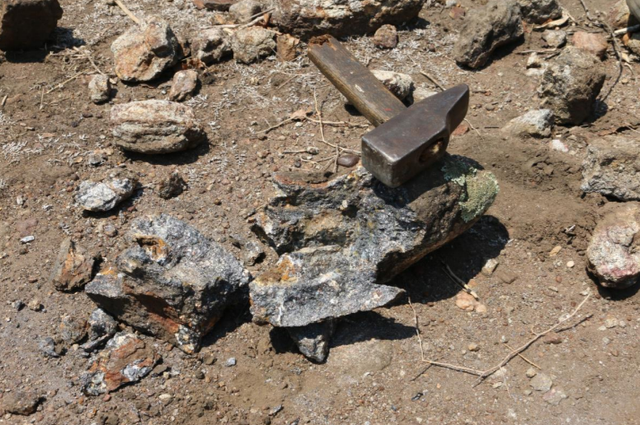 “We have to turn this advantage into a compelling business case, and reward for our shareholders should follow.

“BlackEarth’s next short-term hurdle is completion of the Scoping Study by the end of this year with the ultimate goal of delivering large flake graphite into the premium market.”

The zones of high-grade mineralisation will be systematically explored during the upcoming trenching program at Maniry that is due to commence during October, and the results of this program are expected to be reported towards the end of the year.

Consequently, the next few months should see consistent and potentially market moving news for the group.

Of course BEM remains a speculative stock and investors should seek professional financial advice if considering this stock for their portfolio.

The confirmation of mineralisation in this area has further expanded the footprint of the Maniry Graphite Project and once again bolstered BlackEarth’s positive view of the project.

Critically, the identification of these exceptionally mineralised lenses towards the under-explored, north-west corner of the project area is suggestive of a previously unrecognized area of high grade mineralisation.

Much of this zone is covered by a relatively thin veneer of alluvial cover, prompting further investigation during the trenching program in October.

Results, from recent diamond drilling have confirmed that the Razafy Prospect consists of high grade, thick outcropping graphitic mineralisation contained within distinct lenses which remain not only open along strike but also at depth.

Recent identification of further lenses to the east also highlights the prospectivity of the immediate area which, based on mapping and previous exploration represents only 5% of the current Maniry Project area.

The location of these projects is outlined below. 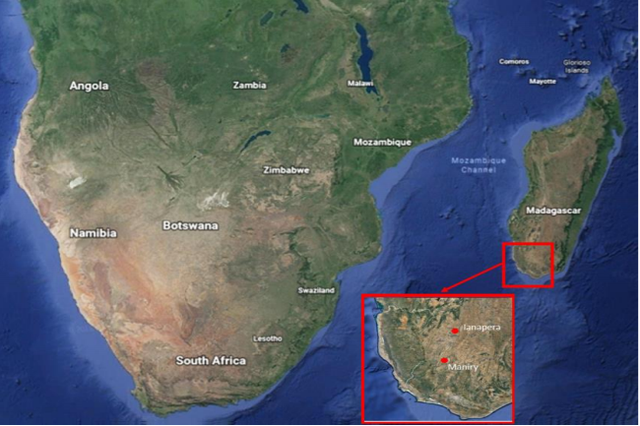 Maniry is highly prospective for large-scale, high-quality graphite deposits and is currently at an advanced evaluation stage.

The Razafy indicated and inferred resource, comprising of 11.2 million tonnes at 7.1% Total Graphitic Carbon (TGC) is summarised in Table 1 below.

The vast majority of the resource has a high degree of confidence with an ‘Indicated’ classification, and the remainder is classified as ‘Inferred’.