Berkeley paves the way for construction at Salamanca

Emerging uranium producer, Berkeley Energia (ASX:BKY), has announced details of recent developments that will be important in facilitating the construction process at its Salamanca mine in Western Spain.

The group has acquired and leased more than 500 hectares of land which will allow it to complete initial infrastructure work and commence construction of the processing plant in the first quarter of 2017.

This follows the recent oversubscribed US$30 million equity raising which assisted in providing the funds to accelerate the development of Salamanca. As can be seen below, the company is off to a quick start in ticking the boxes regarding use of proceeds outlined in the capital raising. 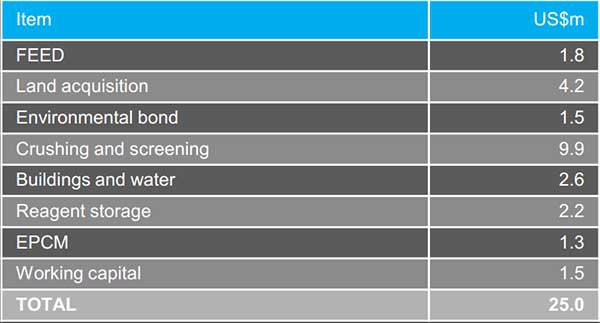 BKY also said that contractual enquiries for key equipment for the crushing circuit had been made with the intention of completing purchase orders by the end of 2016.

Given BKY began initial construction of the Salamanca mine in August with the re-routing of the existing electrical power line to service the project and a 5 kilometre realignment of an existing road, the company is well progressed along the path to being one of the world’s lowest cost uranium producers.

Yet, whether it can become a dominant producer in Europe is speculative at this stage and BKY has some work to do before it achieves this aim, stage, so take a cautious approach if considering BKY for your portfolio and seek professional financial advice.

Summing up recent developments, BKY’s Managing Director Paul Atherley said, “Following the strong financial backing from London’s blue-chip institutions we are accelerating the development of the Salamanca mine, bringing forward the commencement of construction of the processing plant by several months and moving closer to our goal of becoming one of the world’s lowest cost uranium producers, reliably supplying long-term customers from the heart of the European Union”.