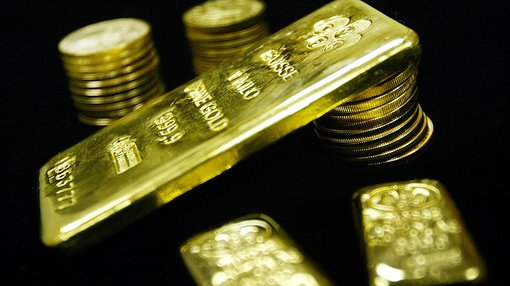 Shares in De Grey Mining (ASX:DEG) have increased nearly 50% since the start of 2017, but there has been plenty of strong news flow coming from the company, including a trebling of its Mt Berghaus gold resource and the strategic option to acquire the Indee gold project, an initiative that would significantly increase the group’s resources and reserves, provide access to essential infrastructure and lead to increased production.

On this basis, Pieter Bruinstroop from Beer&Co sees the budding Western Australian gold producer as substantially undervalued as can be seen from his modelling in the table below. 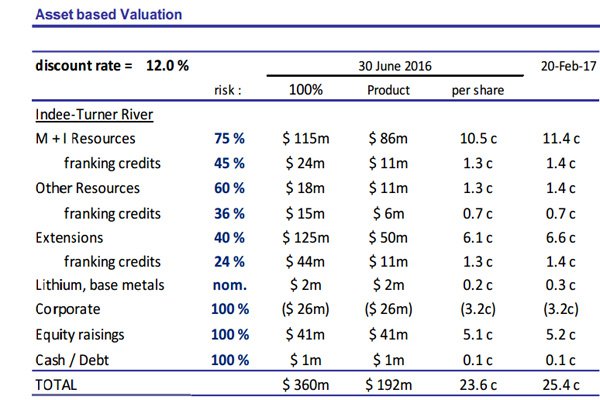 Based on Bruinstroop’s projections a combined Indee-Turner River project could hit maiden production in fiscal 2019 with production of 12,350 ounces. However, based on his modelling in the following year, production would jump to circa 140,000 ounces.

While this level of production wouldn’t be maintained in the ensuing two years, he sees the prospect of large-scale production in the vicinity of 170,000 ounces per annum occurring out from 2023-24.

Some of the key takeaways noted by Bruinstroop were the fact that DEG now controls over 800,000 ounces from 16 million tonnes grading 1.5 grams per tonne in resources. With this acquisition he is of the view that DEG transitions from explorer to a gold project developer with granted mining licenses.

The broker expects a series of resource upgrades over the balance of 2017, along with results of a scoping study, followed by a feasibility study which it expects will be completed by the end of 2017.

The completion of these milestones are prospective share price catalysts, and as such DEG is shaping up as a news flow driven story in 2017 with the potential for its shares to push up towards Beer&Co’s valuation, particularly as the company is more readily recognised as an emerging producer rather than a production play.