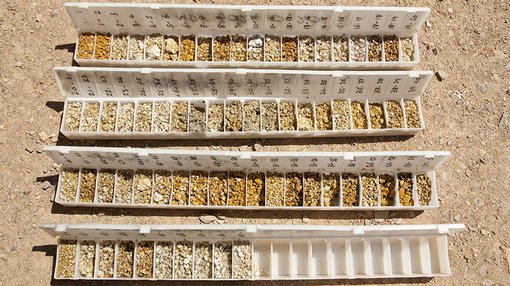 Auroch Minerals (ASX:AOU), a junior metals explorer based in Australia, has updated the market of its ongoing exploration activity at its Tisova Project in the Czech Republic. Following on from last year’s exploration progress, Auroch intends to explore the Tisova project under a previously agreed option agreement which expires in March 2018.

In a market update, Auroch says its assay results from the final two holes at Tisová (TIDD001 & TIDD004) have been received with encouraging gold results of up to 2.73 g/t gold. In terms of cobalt and copper, Auroch says these results are “lower grade, and across narrower intervals than expected from the visual logging of the core”.

At the same time, Auroch remains a speculative stock and investors should seek professional financial advice if considering this stock for their portfolio.

A summary of Auroch’s 4th drill-hole (TIDD004) is shown below:

Should Auroch elect to proceed with its planned acquisition of Tisová, it must pay a further cash payment of A$75,000 and is required to issue 4,375,000 fully paid ordinary shares. 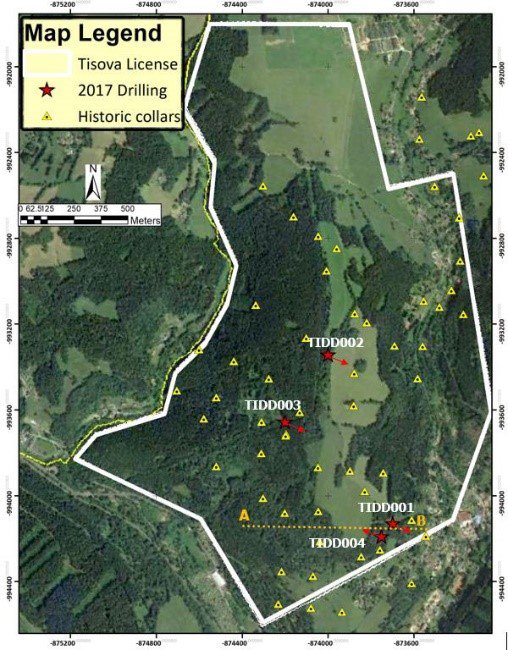 Auroch now plans to review its stack of 3D modelling data and is expected to advance its understanding of the underlying geology to be able to identify further sulphide bodies. The ultimate goal is to discover significant cobalt mineralisation, thereby expanding the scope and diversifying the risk of advancing the Tisová Project.

Auroch Chairman Mr Glenn Whiddon said, “While the results are not as hoped for, analysis of the drill core versus the previous grab samples suggest a different origin for the two sets of samples within the large Tisová deposit. We believe this to be a logical explanation for the drilling results based upon the historical mining, dating back to 1600’s. This implies that there remains a cobalt rich portion of the orebody that was not tested by our initial four drill holes and further investigation is warranted.”