Shares in Artemis Resources (ASX:ARV) traded as high as 11.5 cents on Monday morning, representing an increase of nearly 10% relative to the previous day’s closing price of 10.5 cents, as investors responded positively to drilling results returned from the group’s Carlow Castle cobalt-copper-gold project.

This was the message relayed by the group’s Chairman, David Lenigas as he said, “These stellar cobalt drilling grades speak for themselves, and are even more significant when added to high grades of gold and copper”.

While cobalt appears to be the metal that is going to attract the most interest in 2017, projects need to be commercially viable. Consequently, the presence of high grade precious and base metals could potentially play an important role when the company moves through the various study phases and makes a decision to mine.

Importantly, ARV has more than just metal in the ground. Through its recent agreement with Fox Resources, the company has negotiated a binding conditional agreement to acquire the group’s fully permitted 425,000 tonnes per annum Radio Hill nickel, copper and cobalt processing plant, which has proven to be operationally sound. 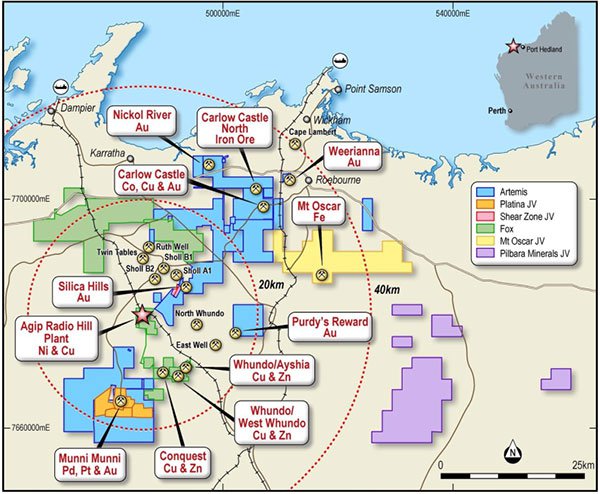 The plant is ideally situated, only 35 kilometres south of Karratha and 20 kilometres by road from the Carlow Castle project.

Given that eight holes have been drilled to date with all having intersected visible mineralisation including primary sulphides, results from the following 15 holes of the 23 hole drilling program will be closely scrutinised.

Such is management’s confidence from initial drilling that it is already planning the Stage Two drilling campaign.