Artemis paves the way for quick transition to producer

It is a major milestone for smaller mining companies when they reach the stage of determining that they have a valuable asset in the ground. However, one of the most challenging aspects in making the transition from explorer to producer is financing and building the plant that will convert ore in the ground to a saleable product.

Artemis Resources (ASX:ARV) has reaped the benefits of exploration success at its Western Australian based Carlow Castle cobalt/gold/copper project in 2017. This has been reflected in its share price which has increased more than three-fold since the start of February.

However, the Carlow Castle project has now taken on a whole new dimension with management announcing on Thursday that it had acquired all of Fox Resources’ Radio Hill mining, plant and tenement assets in the Karratha area for a nominal cash payment of $2 million plus 20 million ARV shares at 10 cents per share.

The Radio Hill plant is located only 20 kilometres by road from the Carlow Castle project. With the stroke of a pen ARV has seized the opportunity to dispense with up to $100 million in upfront capital expenditure and financing costs, while paving the way for a much swifter transition to production.

Of course, those considering this stock shouldn’t make assumptions regarding exploration outcomes, nor should they base investment decisions on performances to date and should seek independent financial advice.

The Radio Hill operations are located 35 kilometres south of Karratha, and its nickel, copper and cobalt processing plant has a proven capacity of 425,000 tonnes per annum. With ARV shaping up increasingly as a prominent cobalt play the fact that the Radio Hill plant has historically produced cobalt is highly significant.

Circa $100 million in assets, permitting and negation of financing costs for $4 million

As a guide, the build cost for a plant such as Radio Hill would be at the upper end of a range between $50 million and $100 million. This doesn’t include the associated infrastructure such as mining equipment, along with tailings pits. 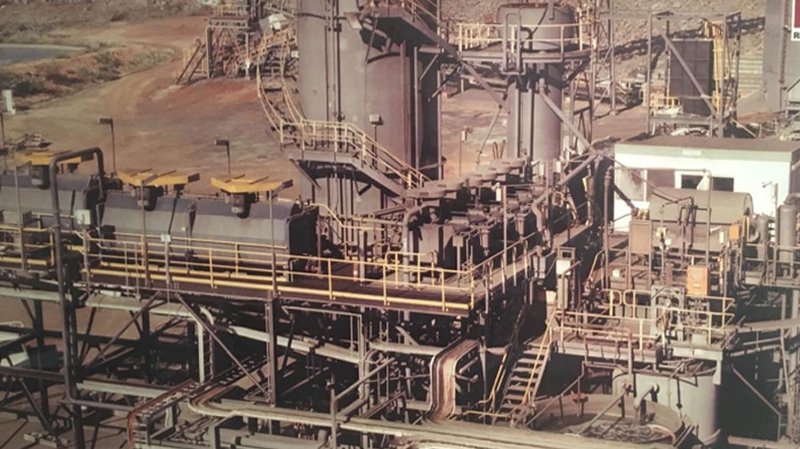 Add to those costs the likes of studies and permitting and it is evident that ARV’s $4 million investment is a game changing development for the group.

However, the other aspect which is difficult to quantify, but just as important in terms of valuing the assets acquired by ARV is the de-risking process. As milestones such as financing packages, completion of feasibility studies and permitting are achieved, brokers usually upgrade valuations and price targets, generally resulting in significant share price accretion.

ARV has essentially ticked a number of boxes all in one hit, each of which would normally draw a positive share price response. Whether the Radio Hill acquisition results in an immediate share price rerating remains to be seen, but it won’t be missed by analysts when they crunch the numbers in establishing a net asset valuation.

And then there is the established resource base with exploration upside

Radio Hill has an existing nickel/copper sulphide resource of circa 4 million tonnes grading 0.5% nickel and 0.9% copper which remains in the existing underground workings and mine development, and down plunge along the basal contact.

There are also stockpiles of mined material of around 300,000 tonnes, as well as processed tailings that may have reprocessing value with recent developments in technology. However, the stockpile and tailings material is non-JORC compliant, but is the result of historic mineral processing of nickel and copper ores from Radio Hill since commencement of operations in 1986.

Gaining exposure to copper and zinc at the right time

On this note, the Whundo West, Whundo Ayshia and Whundo deposits are of interest at a time when copper prices are increasing and zinc is trading near long-term highs of circa US$1.30 per pound.

While some of the resource estimates are not JORC 2012 compliant, as a guide production from the West Whundo open pit resulted in oxide and supergene copper zinc ores being mined between April and December 2006 with a total of 7400 tonnes of ore grading 5.91% copper.

Ayshia appears highly prospective for zinc with an early stage non-JORC 2012 compliant indicated and inferred resource of more than 600,000 tonnes, including 344,000 tonnes grading 3.3% zinc in the indicated category.