Shares in Artemis Resources (ASX:ARV) surged more than 10% on Monday morning after the company announced promising drilling results from the first 32 holes of the current program being conducted at its Carlow Castle project located near Karratha in Western Australia.

Providing confidence in the prospect of receiving promising assay results is the fact that sulphide mineralisation up to 16 metres in width and to depths of 79 metres down hole was identified with cobalt/copper mineralisation visible.

Of further significance is the fact that the strike length of Carlow Castle’s South resource area has been increased to 400 metres from 255 metres with cobalt/copper/gold sulphide zones evident over much larger distances, widths and depths. Both the Carlow Castle and the Quod Est systems remain open in length and depth. 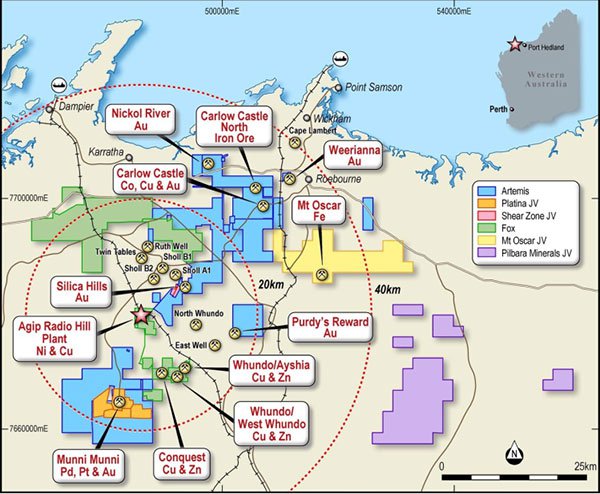 These results are timely given the recent kick in the cobalt price on the London Metals Exchange which has now increased from just shy of US$50,000 per tonne early in the year to more than US$55,000 per tonne, due primarily to the anticipated increase in demand for materials used in energy storage devices.

This has been supported by commentary last week from Tesla regarding a potential shortage of materials used in electric vehicle power storage units. This news sparked share price increases in stocks such as Orocobre, Syrah Resources and Magnis Resources, companies that are also involved in the development of metals used in power storage devices.