Importantly, the Carlow Castle resource remains open in all directions with multiple zones of massive sulphide cobalt mineralisation having been intersected.

Also of significance is the fact that ARV has a relatively large, highly prospective tenement of 32km2 to explore. With regards to the current exploration program, only 25% of the holes drilled to date have received assay results from the laboratory.

Consequently, there is the potential for further positive news flow which could provide share price momentum.

Keep in mind, however, that ARV is at an early stage so investors should seek professional financial advice before considering this stock for their portfolio. Share trading patterns should not be used as the basis for an investment as they may or may not be replicated.

The location of the Carlow Castle project, relative to the major centre of Karratha and the Radio Hill plant which is the subject of a binding conditional agreement between ARV and Fox Resources, is shown below. 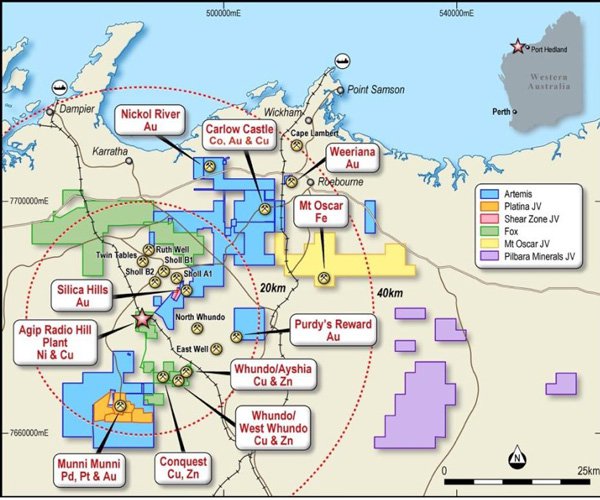 Commenting on these recent developments, ARV’s Chairman David Lenigas said, “With cobalt being a must have metal for the growing electric vehicle and energy storage sectors, ARV’s identification of 6.54% cobalt is an exceptional grade and we are now seeing very good cobalt, copper and gold grades over good widths, strike length and depth.”

Assay results have confirmed the high grade nature of the northern area (Quod Est) at Carlow Castle. Holes completed to the west of the Carlow South resource area indicate that the mineralisation extends at least 150 metres to the west and remains open in that direction.