Diversified resources exploration and development group, Artemis Resources (ASX:ARV) has entered into a joint venture with Blackrock Metals to conduct a scoping study with a view to jointly developing ARV’s Mt Clement-Paulsens gold and silver project.

At this stage, the group’s strategy is to investigate the potential for an open pit heap/vat leach form of processing, a method in which Blackrock has demonstrated experience. This development appears to have been well received by investors with ARV’s shares up 13% in the first hour of trading.

However share trading patterns should not be used as the basis for an investment as they may or may not be replicated. Those considering this stock should seek independent financial advice.

Scoping study expected to be completed by September 2017

The binding joint development Memorandum of Understanding (MOU) with Blackrock Metals will facilitate an immediate commencement of a full scoping study of the project which is located in Western Australia only 35 kilometres from Northern Star’s (ASX: NST) Paulsens operating mine and gold plant.

While ARV owns 80% of the project, both it and Blackrock will fund the costs of the study on a 50/50 basis with Blackrock managing the study process.

On completion of the study the two parties intend to proceed to a formal 50/50 joint venture to fund and develop the project. 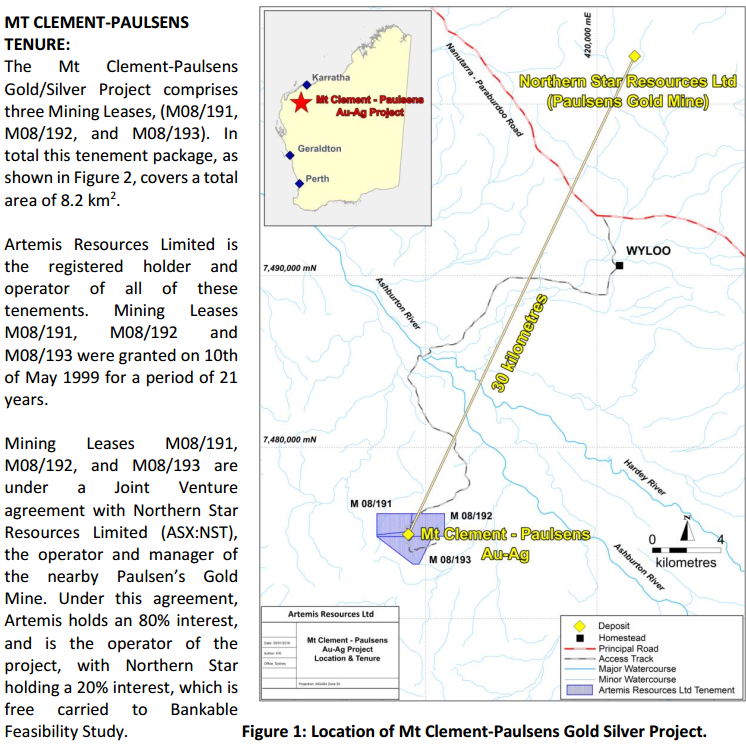 The company has provided production guidance for fiscal 2017 of circa 70,000 ounces. However, from a longer term perspective NST is looking to expand the Paulsens project as it targets the Voyager system, a development that could potentially work in ARV’s favour should long-term usage of the company’s infrastructure be required.