Ardiden has had further success at its Seymour Lake lithium project located in Ontario. Yesterday the company announced the final 13 diamond drill holes from Phase 1 of the exploration program yielded 229 drill core samples with outstanding grades of up to 5.23% lithium oxide.

In total, 27 holes were drilled at various lengths up to 105 metres with results confirming that the interpreted second pegmatite sill also contains high grade lithium mineralisation.

These results continue to support the potential to establish a maiden mineral resource at the North Aubry prospect.

The near surface location of the high grade pegmatites at this prospect are considered to be a strategic advantage, potentially allowing easier access to high-quality mineralisation in a future mining scenario. This would effectively reduce the required pre-strip, resulting in a lower extraction cost and improved project economics.

Commenting on possible modelling, Brad Boyle from Ardiden said, “Depending on future exploration and drilling results, the mineralisation at North Aubry may be amenable to extraction via a series of high grade-low strip boutique open pits along the strike length”.

He highlighted that the identification of these previously unrecognised extensions was an important development which increased the company’s confidence in the potential for the broader Seymour Lake project to host a significant lithium deposit.

Importantly, these latest results validate the previous historical drill results which show a number of substantial and continuous zones of high-grade lithium mineralisation lying at or close to surface, and now also confirm at depth with the second pegmatite sill.

Of course this is an early stage play and investors considering this stock should seek professional financial advice if considering the stock for their portfolio.

Planning is underway to commence Phase 2 of the diamond drilling program at Seymour Lake. This will drill test the extensions of the lithium mineralisation zones on the west and north aspects of the North Aubry prospect as well as seeking to identify possible pegmatite feeder zones on the western edge.

In what could be a game changer for Ardiden, the group will test the feeder zone which may strike south towards Central Aubry, perhaps explaining some of the similarities between the two prospect areas.

Only 24 hours after announcing positive drilling results Ardiden has revealed that initial heavy liquid separation (HLS) test work on spodumene extracted from that project had produced high-grade lithium concentrate up to 7.73% lithium oxide.

This news resulted in the company’s shares opening more than 7% higher on Thursday morning, and given test work is at an early stage there is the potential for further positive news on this front.

From a technical perspective, the test work also confirmed that spodumene particles were well liberated at relatively coarse size. Empirically, pure spodumene is considered to be 8.03% lithium oxide, indicating that the company’s lithium concentrate is very close to the pure form.

In putting these results into perspective, ADV Executive Director, Brad Boyle said, “The production of the lithium concentrate at such a high grade is well over the industry standard of 6% lithium oxide, as required by most lithium end-users”.

Having completed preliminary test work ADV will now focus on defining the process flow sheet to produce the final lithium concentrate. This could involve various extraction processes including gravity, flotation or magnetic separation. 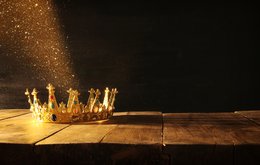 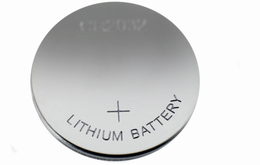 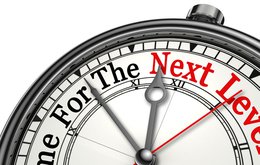