Brad Boyle is heading to the ASX-listed graphite and lithium junior and his appointment is likely a statement of intent from the company, given Boyle’s TON experience.

Not only was he CEO when the company secured a $2 billion offtake deal last year, but Boyle also played a role in the identification and development of the Nicanda Hill project in Mozambique underpinning the deal.

Boyle also reportedly has extensive material in negotiating with end-users, including manufacturers of lithium-ion batteries. 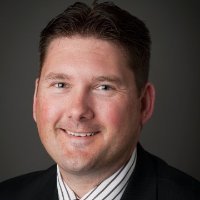 Stares has spent the past 30 years working in the mineral industry in Canada, and is based in the key export area of Thunder Bay.

The appointment could be read as reward for previous service to the company, as he helped discover ADV’s flagship Silver Star North deposit at the Manitouwadge project.

Silver Star North has been pegged by the company as the key target for delineating a maiden JORC resource.

Interestingly, he is also familiar with the lithium projects ADV recently secured under option to acquire 100%.

Ardiden Ltd (ASX:ADV) has set itself up as a diversified miner targeting both graphite and lithium for supply into the lithium-ion battery industry.

Its main play is the Manitouwadge graphite project, which is made up of several prospects such as the Silver Star North, Silver Star South, and Thomas Lake.

It is thought the Sliver Star North prospect will form the basis of a maiden JORC resource for the company, which is due this year.

Elsewhere, it has picked up options to acquire 100% stakes in two lithium assets, also in Canada.