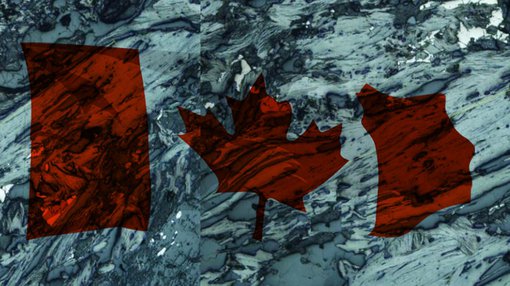 Ardiden Ltd (ASX:ADV), an Australian graphite junior, has discovered lucrative jumbo flake at its fully owned Manitouwadge Project in Ontario, Canada, situated less than 100km from the US border. ADV hopes its operations in Canada will help accommodate the growing demand for graphite in North America, largely fuelled by growing use of lithium-ion batteries.

ADV began its drilling programme at Manitouwadge in early November 2015, and updated the market with a positive drilling update later that month.

ADV has now completed its 2000m drilling program, reporting high grade assay results as high as 12.65% Total Graphitic Content (TGC) and potential for super jumbo graphite flake size reaching as high as 4200 microns, according to findings by Vancouver Petrographics, a Canadian resource analysis company. Widths of up to 41.6m (true width ~30m) of graphitic gneiss were intersected during drilling which remains open along strike and at depth.

In a statement, ADV hailed its drilling programme “a resounding success, with all objectives achieved, and results often exceeding initial expectations”. Since the announcement to the ASX earlier today, ADV has gone into a trading halt expected to end on 7 January 2016, upon the release of a key announcement.

The Star of the show

The Silver Star North Project will “now become the initial target for delineating a maiden JORC compliance resource” according to ADV, and the junior explorer is encouraged by the fact that this project only accounts for 5% of the electromagnetic strike length first identified at Manitouwadge.

In a statement to the ASX, ADV said, “The results from the final 2015 drilling program are highly encouraging and have significantly enhanced and continue to support the potential of the Manitouwadge Project to be developed into productive graphite resource.”

Previous metallurgical testing taken from drill core at the Thomas Lake Road Prospect confirmed that up to 80% of the graphite is jumbo or large flake in size, and low cost gravity and flotation beneficiation produces graphite product of 96.8% TGC for jumbo flake and 96.8% TGC for large flake.

The ASX-listed junior graphite explorer has a market capitalisation of $7.2 million and is fully funded through the next phase of drilling expected to begin in early 2016.

The market for graphite dependent products including lithium ion batteries (in which graphite is used as the anode) for the battery storage market (for utilities, business, households and electric vehicles) is expected to experience transformational growth over the next decade. Other growth markets for high quality graphite include expandable graphite, nuclear grade graphite and graphene/graphene oxide which all demand significant market premiums.