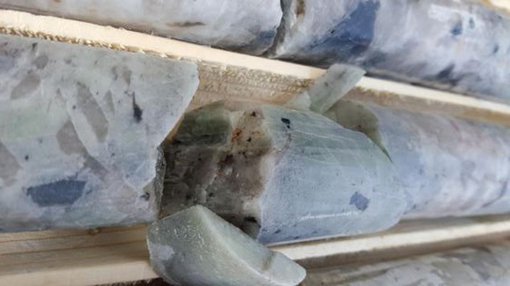 More than 50% of the core taken from Ardiden Ltd’s (ASX:ADV) Seymour Lake project has been logged as spodumene-bearing pegmatite, a good omen for the project’s lithium potential.

The ASX-listed junior explorer told the market that it had wrapped up a six diamond hole program at the project, for which is has an option to acquire 100%.

It drilled for a total of 281m at the project, with holes drilled to twin or validate historical data on the project.

Zones hit near the surface as part of the latest round of drilling included one up to 37.5m wide.

The core has been split into 150 core samples, which are now slated to be sent off to a lab at Thunder Bay in Ontario.

The drilling provided visual confirmation of the spodumene, but the lab will need to test it to get clearer numbers around the potential.

While those cores are at the lab, ADV will get to work on a drilling program at its second lithium project under option, Root Lake.

It told its shareholders that it would start drilling next month, with a local contractor already tapped to undertake the drilling.

Aside from lithium, ADV is hoping to generate cash from other minerals found alongside, such as tantalum and beryllium.

In the past, grades of up to 1180 parts per million of tantalum oxide and 1270ppm of beryllium were found, by both by-products currently going for around $500/kg.

Additionally, the company is in a trading halt pending a capital raising.