More than 20% surge for NTU after receiving $5.5 million payment

Shares in emerging dysprosium producer, Northern Minerals (ASX:NTU) were up 22.7% in yesterday’s afternoon trading after the company announced that it had received part payment of $5.5 million from Huatai Mining in respect to the outstanding $18 million in subscription payments, which relates to an equity investment in NTU’s Browns Range project.

It should be noted historical data in terms of earnings performance and/or share trading patterns should not be used as the basis for an investment as they may or may not be replicated. Those considering this stock should seek independent financial advice.

The key issue behind the delay in payment which was originally due in 2016 related to recent policy changes by the State Administration of Foreign Exchange of China (SAFE), restricting the ability of Chinese entities to effect foreign currency transactions.

Consequently, it appeared at the time that the management of NTU was justifiably confident of full payment being received by January 31.

No doubt, news that the company has received circa 30% of the payment within a matter of days will assist in boosting investor confidence that this matter will be quickly resolved, a welcome development for management given that the issue has arguably placed a drag on the company’s share price in recent months.

The completion of this transaction will facilitate the company’s commitment to establish a pilot plant at Browns Range, and maintain the company’s position to become the world’s first significant producer of dysprosium outside of China.

Today’s rally has occurred under relatively strong volumes of 1.3 million shares, and the company is now within striking distance of its 12 month high of 17.5 cents.

It is worth bearing in mind based on today’s response that payment of the remaining $12.5 million later in the month could be a share price catalyst. 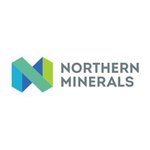