XCD Energy’s (ASX:XCD) Project Peregrine is one of the world’s newest, highly prospective onshore oil plays, and it's nestled in one of the globe’s hot spots for oil discoveries – Alaska’s North Slope.

Located directly adjacent to ConocoPhillips large acreage position at its Willow discovery, XCD’s leases cover an area of 195,373 acres on the North Slope of Alaska in the National Petroleum Reserve-Alaska (NPR-A). The leases have a five to ten-year exploration period remaining, while XCD has a 100% working interest in the acreage.

ConocoPhillips’ Willow is a US$5 billion project with potential for 100,000 barrels of oil daily when it commences production in 2024-2025. 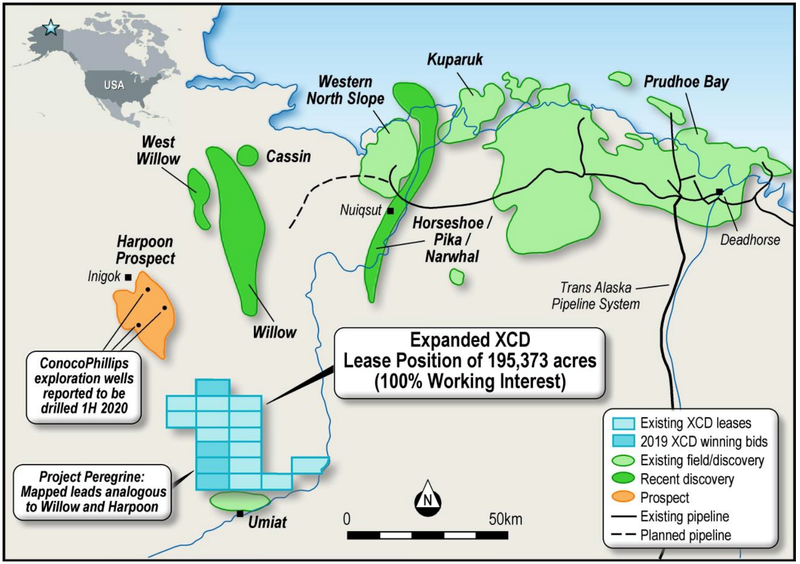 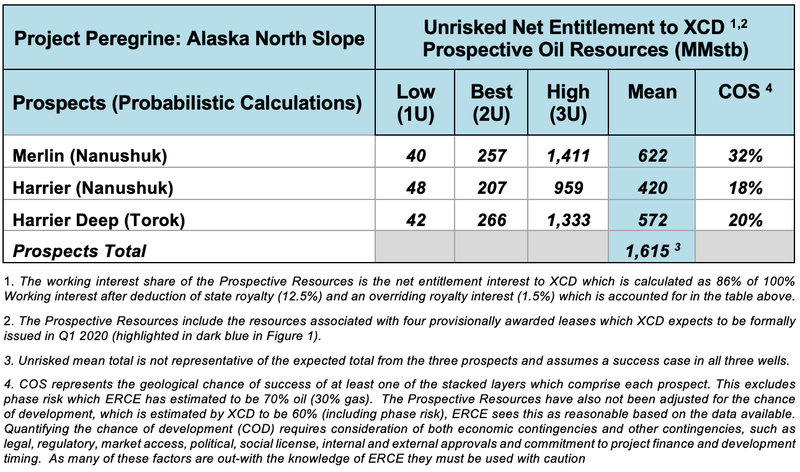 ERCE is the largest global independently owned petroleum reserves and resources auditor, providing expert consultancy services to the upstream oil and gas industry for over 40 years.

Both the Harrier and Merlin Prospect at Peregrine are targeting the shallow Nanushuk play at around 4,300ft and 3,400ft, respectively, and can potentially be drilled using a smaller drilling rig, something that XCD is assessing. The Harrier Deep Prospect would require a standard north slope drill rig to reach the Torok target (~10,000 ft) but would intersect both the shallow Nanushuk and the deeper Torok objectives in the same wellbore.

With the prospective resource complete, XCD will turn its focus to initiating a farm-out campaign, where the options available to farm-in partners will be to pursue either the two well low cost shallow Nanushuk drilling initiative or use a standard north slope drilling rig to pursue all the targets in the Harrier and Merlin Prospects.

XCD’s 100% working interest in 195,373 acres over one of the world’s newest, highly prospective onshore oil plays provides significant leverage in securing a partner. The significant size of its prospective resource at 1.6 billion barrels will also draw attention.

The company will then work towards an initial drilling program penciled in for the next northern winter, in 2021.

“This excellent result is the culmination of a substantial amount of technical work that has been undertaken over the last six months. We are now able to embark on our farm-out campaign with confidence that the size of the prize is significant enough in our lease area to attract large companies. With a raft of wells being drilled in both the NPR-A and State lands by other companies over the current Alaskan drilling season, it should be an exciting period for XCD and any success nearby will significantly upgrade our current lease position.”