Just a day after announcing a potentially company transforming development in terms of new acreage, Real Energy Corporation Limited (ASX:RLE) has released its report for the quarter ended 30 September 2019, a period in which the company also continued to progress exploration and development activities at its flagship Windorah Gas Project in the Cooper Basin.

While we will go on to discuss this in more depth, it is worth bearing in mind that following yesterday’s appointment by the Queensland government as a preferred bidder in partnership with Strata X Energy Ltd (ASX:SXA; TSX-V:SXE), Real Energy now has a valuable coal seam gas interest in the prolific Surat Basin in Queensland.

Harking back to the group’s achievements in the September quarter, a key feature was the material upgrade to the Windorah gas resource.

On this note, the estimates of Contingent Gas Resources in ATP927P have been significantly upgraded following the drilling, stimulation and testing of the Tamarama 2 and 3 wells. 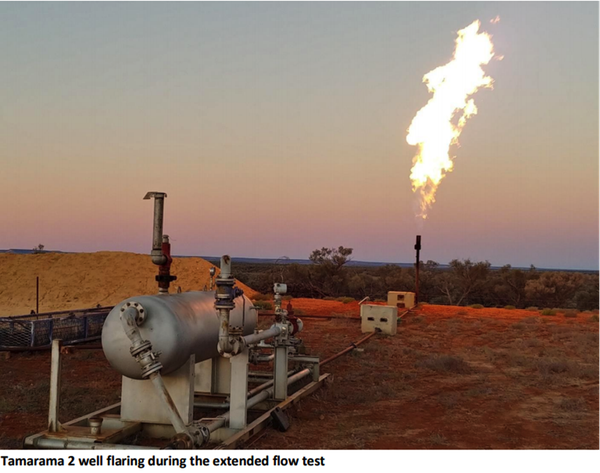 Contingent Gas Resources of the Tamarama area have been independently certified by Aeon Petroleum Consultants, a well-respected petroleum engineering firm.

The estimates of Contingent Resources are based on the area surrounding the four successful gas wells, Queenscliff 1 and Tamarama 1, 2 and 3, located within the exploration permit ATP927P.

A summary of the gross estimates of Contingent Gas Resources for ATP927P is as follows: 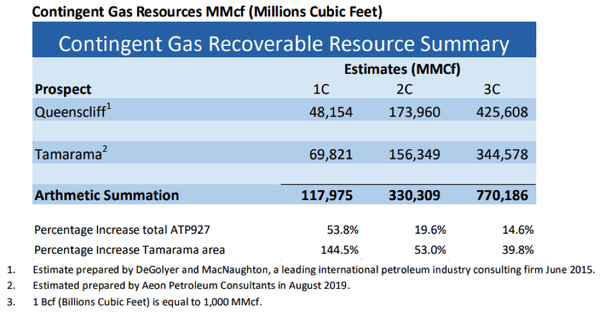 Management is exploring various options in order to achieve further increases in reserves.

Managing director Scott Brown said, ‘’The company is committed to delivering more reserves for this project through various operational initiatives which are being evaluated.

‘’These initiatives are expected to result in improved flow rates and well performance on Tamarama 2 and 3 and, in due course, allow the company to book reserves.

‘’While the increase in Contingent Resources is indeed a positive, we believe both reserves and resources will increase as we develop the field and deliver better flow rates.

‘’Real Energy is only just getting started with Windorah’s development.

‘’The technical team has been considering horizontal well designs and is now reviewing proposals with interested third parties to drill the first horizontal well in 2020.’’

The directors of Real Energy believe the best way to advance the Windorah Gas Project is to farm down its interest in the asset.

Currently, Real Energy owns 100% of ATP927 but a data room has been established and a number of companies have reviewed the relevant data.

An important development during the quarter was the appointment of Peter Mangano as a non-executive director.

With international experience, he is highly regarded and respected in the Investment and Fund Management sector and has worked in the resources and energy sectors as a Fund Manager, Resource Analyst and Corporate Advisor over the last 30 years.

He currently is a director of Contango Capital and previously spent six years at Colonial First State.

Prior to CFS, Mr. Mangano spent 12 years at Citigroup, including six years as a managing director and deputy head of US Equity Research in New York.

With this background, Mangano should provide excellent guidance in terms of maximising shareholder value in relation to the Windorah Gas Project, as well as shaping the group’s strategy in developing the Surat Basin acreage we referred to earlier.

Taking into account Real Energy’s zero debt position and cash of $2.7 million as at September 30, 2019, the company has an enterprise value in the vicinity of $7 million.

This indicates that there is very little value attributed to the company’s assets, including the significant resource established at ATP927.

However, it could be argued that the company flies under the radar and that its profile could receive a lift following yesterday’s appointment as a joint venture preferred bidder for the Queensland Government’s coal seam gas acreage in the highly prospective Walloon Fairway near Miles in Queensland.

Mr Prefontaine was previously executive director of Arrow Energy during its formative years and the founding managing director of Bow Energy Limited.

Arrow is now jointly owned by Shell and PetroChina in a 50-50 joint venture, operating from five fields in Queensland’s Surat and Bowen basins

Drawing on his past experience in the region, Prefontaine appeared confident regarding the prospects of PR2019-1-11 in saying, “Having run successful exploration and reserves programs in the Walloon Fairway previously, I know exactly what is required to convert the vast prospective resources in PR2019-1-11 to reserves.

‘’Once material reserves are proven, given the nearby pipeline and infrastructure, our goal is to fast track field development to create early cash flows.

We are planning to commence field work early in the second quarter of 2020 and our immediate focus will be to prove commercial gas flows, a required precursor to predictable reserves certifications.”

This acreage has been attributed the name Project Venus by the joint venture partners.

In terms of prospectivity, Venus contains high quality and very prospective acreage covering 153 square kilometres which is within the main Walloon Fairway and close to gas infrastructure.

Its location within the prolific coal seam gas producing Surat Basin, as well as its proximity to other power stations and gas plants can be seen in the following map. 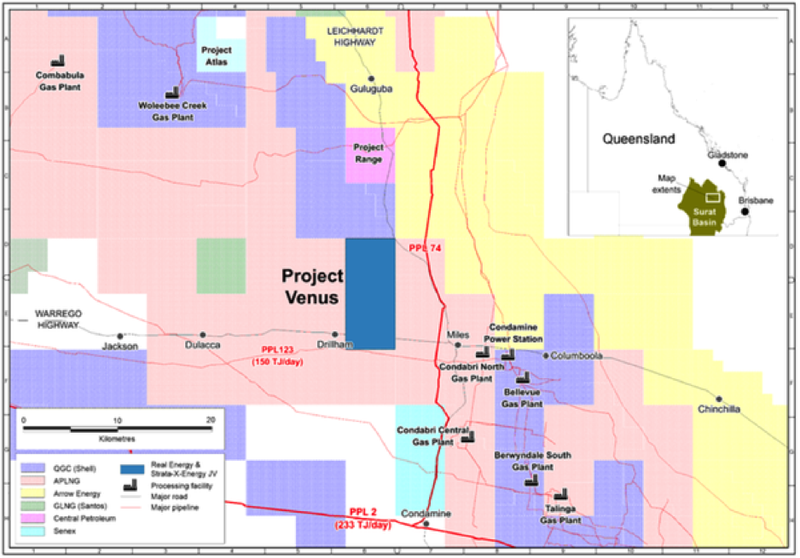