Red Emperor Resources (ASX:RMP | LON:RMP) has provided another positive update from its Winx-1 exploration well, located on the North Slope of Alaska.

88 Energy Limited (ASX:88E) in its role as consortium operator, has advised that Winx-1 intersected all pre-drill targets safely and efficiently.

RMP's share price is up 68% this morning after closing up 88% on the London Stock Exchange overnight.

A comprehensive wireline logging program was due to commence on 6 March, to verify the potential of these zones. This program, including first pass interpretation, is expected to take approximately 10 days to complete.

Based on the results of the interpretation, a decision will then be made on whether to proceed with production testing of the most prospective zone within the Nanushuk Formation.

The Winx Prospect is a 3D seismic defined conventional oil prospect, found within the successful Nanushuk play fairway with a gross mean unrisked prospective resource of 400 million barrels. It is adjacent to the Horseshoe 1/1A discovery well drilled by the Armstrong/Repsol JV in 2017.

The Nanushuk Topset play remains the primary objective of Winx-1, which will see the Nanushuk 4 and 5 sands targeted heavily.

The Winx prospect has been identified using the Nanuq South 3D which covers the third party 2017 Horseshoe discovery plus a large swathe of the Western Blocks.

Similar amplitude response is observed at the Winx prospect to that seen at the successful Horseshoe well location, which is situated approximately 6km to the west. 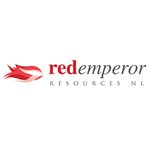