South Pacific Resources is a very high risk stock. Getting mining projects up and running in countries such as PNG is no simple feat for political and social reasons, and there may be challenges ahead. You need to fully inform yourself of all factors and information relating to this company before engaging with it.

The opportunity for unconventional exploration and development of oil and gas reserves in PNG has come about due to the country’s Unconventional Hydrocarbons Act enacted on 26th February 2016, replacing the previous Oil and Gas Act of 1998.

Due to SPB’s close relationship with the PNG government, Minister Micah reserved the licenses for five years ensuring SPB faces no competition.

The project has been undertaken with the full knowledge and support of the Prime Minister, the Hon. Peter O’Neill.

The applications lodged by SPB for the unconventional hydrocarbon exploration and development in PNG cover:

In recognition of SBP’s relationship with the PNG government over the past few years the five applications will be reviewed and considered as a priority.

In the meantime, the PNG Petroleum and Energy department is allowing SBP to continue ongoing exploration and early drilling. 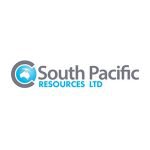