Despite Santos (ASX: STO) publicly stating that it would explore options for selling off assets, it has led a deal to pick up acreage from ASX-listed Senex Energy (ASX:SXY) – a sign that juniors can still do deals with majors despite a depressed oil environment.

In a pre-open release to the market, Senex said that it had bagged a $42 million deal with the GLNG consortium – led by Santos, for a 77 sq.km block next to the GLNG coal seam gas fields in Queensland – news which has sent SXY shares up 16% in mid-day trading to 14.5c.

The deal is for an initial $42 million in cash, and comes with a suite of geotechnical data for SXY as the block being sold is right next to where the GLNG consortium is drilling for gas.

There is also a 20-year gas sales agreement attached to the deal, whereby SXY will supply 50 terajoules of gas per day to the GLNG project at oil-linked prices.

The deal is still subject to approvals, but SXY managing director Ian Davies said the deal was a natural fit.

“This is a natural relationship given our acerage sits adjacent to GLNG’s Roma fields,” he said.

“The provision of production and subsurface information from these operating fields together with close collaboration with GLNG will be hugely valuable to the efficient of both projects.”

While the GLNG consortium is taking coal seam gas and liquefying it in Gladstone, Queensland, SXY is aiming to its Western Surat Gas Project to a final investment decision.

The deal perhaps comes as somewhat of a surprise given GLNG lead company, Santos, has suffered financial difficulty of late – leading CEO David Knox to announce he would walk away from the company.

At the time, it also said it look into selling assets as concerns over debt mounted – leading to some speculation that STO would become a takeover target [$].

The deal also demonstrates that deals in the oil and gas space are still possible, even at depressed oil prices – as long as the assets are linked to the longer term fundamentals of the east coast gas market.

The predicted tightness in the domestic market is being caused by the extraordinary demand being created by the LNG projects in Queensland.

While proponents of the projects are basing off CSG reserves in Queensland, they have also sought to tie up third-party gas deals for additional supply.

The market tightness also has the potential to create additional local demand, as manufacturers find it increasingly difficult to tie down long-term gas sales agreements.

In other news, Santos confirmed that production had started at the GLNG project.

It had previously advised that production at the LNG project would start in the third quarter, and it should be selling into Asian markets in a matter of weeks.

Current CEO David Knox said the start of production within schedule was a great achievement.

“We said we’d produce first LNG around the end of the third quarter, and that’s exactly what we’ve done,” Knox said.

The GLNG project involves gas field development in the Surat and Bowen Basins, a 420km gas transmission pipeline and a two-train LNG plant on Curtis Island, near Gladstone which will have the capacity to produce 7.8 million tonnes of LNG per year when fully operational. 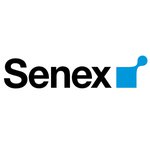