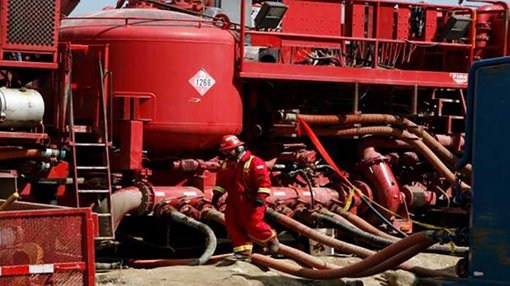 Real Energy (ASX:RLE) has confirmed that it has tapped Halliburton to conduct a five-stage frac job at the company’s Tamarama-1 well in the Cooper Basin.

The frac is targeting the Toolachee-Patachawarra formations below 2300m and is scheduled to take place in the March quarter next year.

Tamarama-1 is one of two wells which sit on the ATP 927P permit in the Cooper Basin, with un-fracced flow rate from Tamarama-1 measuring 400,000 cubic feet of gas per day.

However, with the Toolachee and Patchawarra formations flowing much higher rates of gas when they are fracced at other places in the Cooper, the proof will come when the Tamarama-1 well is fracced.

According to independent analysis, the contingent resource of the permit range from 77 billion cubic feet of gas on the more sure 1C category to 672Bcf on the 3C category.

On a prospective basis, the permit is thought to hold a recoverable resource of 5.4 trillion cubic feet of gas. The permit also has an in-place figure of 13.7Tcf, which was up 141% on previous estimates.

“The results from the multi-stage fracture stimulation being undertaken at our maiden basin centred gas well, Tamarama-1, will provide us with significant operational and commercial information which will form the basis for further development upside,” he said.

“The company is well placed to take full advantage of the growing demand of east coast gas, and this well stimulation program will further build on the excellent exploration results we have received to date at out 100 [per cent] owned ATP927P acreage.”

RLE has pitched itself as part of the solution to the looming east coast gas crisis, which was given a kick along yesterday when the Australian Competition and Consumer Commission approved Shell’s $98 billion takeover of BG Group.

The deal, which needs regulatory clearance in several countries, has the potential to throw a hand-grenade into the east coast gas market.

Already, the east coast gas market is expected to be short as LNG projects in Queensland not only suck up coal seam gas reserves but also take gas from third parties by offering Asia-linked pricing, which is higher than domestic pricing.

BG Group has the QCLNG project, one of the Queensland LNG projects sucking up demand.

Shell had a joint venture with PetroChina on the Arrow Energy, which had the highest uncontracted supply of CSG in the country.

While it was hoped by domestic players that Arrow’s gas would find its way to the domestic market, the deal means that it is more than likely that the gas will be used to fuel expansion at QCLNG.

The ACCC found that the gas from Arrow was never likely to service the domestic market, but local buyers such as Incitec Pivot will still be ruing the deal anyhow.

Incitec Pivot currently has a letter of intent with RLE for the supply of 100 petajoules of gas over 10 years should RLE be able to prove up supply.

The east coast market dynamic has led to an environment where heacy users of gas such as Incitec Pivot have been keen to ink supply deals with emerging oil and gas explorers in the hopes that they would be able to secure a long-term supply of gas.

These deals will often be for a set price, giving the industrial player more comfort on the deal in an environment where gas prices are expected to rise despite a decline in oil prices.

For the explorer, it provides a more immediate path to commercialisation before exploration work has been done, giving it certainty.