Real Energy (ASX:RLE) has informed the market that it has completed its four-stage fracture stimulation program at the Tamarama-3 well at below 2,300m depth.

Importantly, the company noted that operations on site were completed without any environmental or safety incidence. 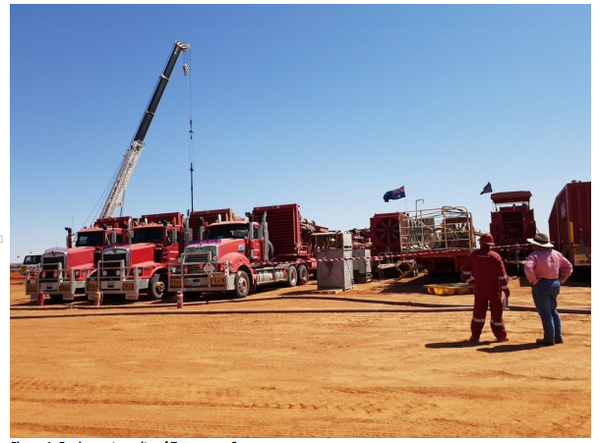 RLE noted that approximately 6,100 barrels of frac fluid was pumped, with 378,600 pounds of proppant injected into the formations over the course of the program.

Flow testing will be executed shortly and the flowback operation is expected to take several weeks once the majority of frac fluids are recovered from the formations.

RLE will release initial results upon their availability.

In addition, the company recently released footage of flow from its Tamarama 1 well, which may be watched via the following link: www.realenergy.com.au/tamarama

Of course this remains a speculative stock and investors should seek professional financial advice if considering this company for their portfolio.

RLE is an oil and gas exploration and development company focusing on the Cooper Basin in Queensland, one of Australia’s most prolific onshore producing petroleum basins.