In a development that will create a material gas business with significant holdings in the Surat and Cooper Basins of Queensland, Real Energy Corporation Limited (ASX:RLE) and Strata X Energy Limited (ASX:SXA) have signed an agreement to create Pure Energy Corporation Ltd. This initiative, among other, will bring together their 50/50 joint venture of Surat Basin-based Project Venus under the one banner.

This is a logical consolidation of the complementary Real Energy and Strata X Energy portfolios that will provide the platform to create a meaningful gas operator.

The Board of Directors of Real Energy, who collectively hold approximately 18% of Real Energy’s ordinary shares, intend to vote in favour of the proposal in the absence of a superior proposal and subject to the independent expert concluding that the offer is reasonable.

As well as providing a unified approach in terms of developing projects, the removal of duplicate administrative functions and listing costs will provide significant cost savings to the proposed merged entity.

There are a number of factors that the combined Pure Energy group would have in common including wells drilled that have proven the gas resources are in place, including third-party certifications.

Over the next 12 months, Pure Energy plans to use innovative well completion and non-frack reservoir enhancement methods designed to prove commercial gas flows.

The other key factor to bear in mind is that all three gas projects have ready gas markets.

Creating a meaningful gas operator on the east coast

Commenting on the benefits of the merger and the potential shareholder returns that could potentially be achieved by the combined entity, Real Energy managing director Scott Brown said, “This is a compelling combination taking the best elements of both companies and having a strong portfolio of projects with positions in both the Surat Basin and Cooper Basin, and having a significant project in Botswana together with the potential to supply gas to east coast markets. 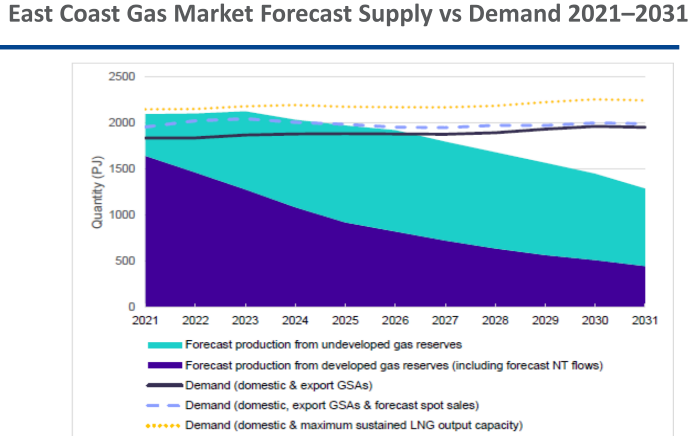 “Real Energy and Strata X Energy’s combined interest of 100% in the Project Venus and our broader portfolios enhances the likelihood of the merged entity becoming a meaningful gas operator in the east coast of Australia.

‘’Work on the Connor 1 re-entry on Project Venus is expected to commence in the next month, and from an operational perspective, it is business as usual while seeking shareholder approval for the merger.

‘’Pure Energy will have exposure to highly prospective and significant projects including Project Venus in the Surat Basin, the Windorah Gas Project in the Cooper Basin, and the Serowe Gas Project in Botswana, and of course benefit from the opportunities that we are pursuing through Pure Hydrogen.

‘’We have lots of optionality to deliver value.” 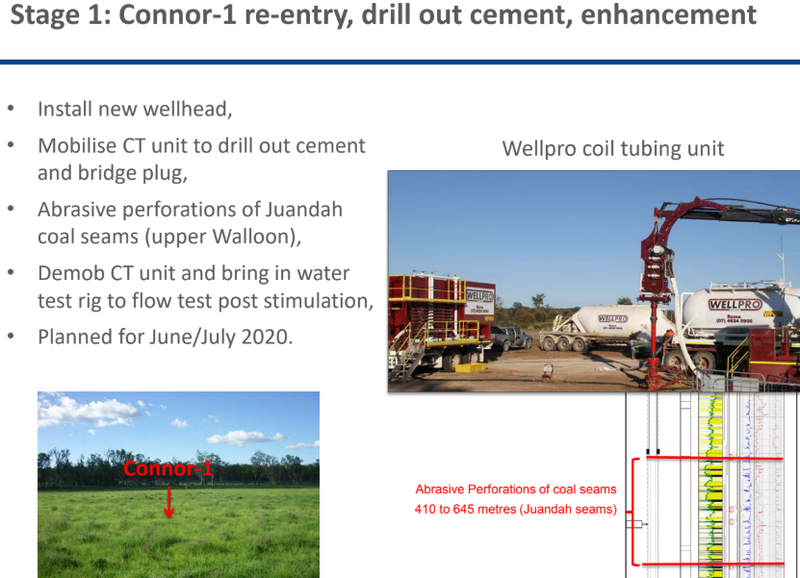 Ron Prefontaine, chairman of Strata X Energy echoed Brown’s comments in saying, “It is an exciting time to be building a new company - Pure Energy, which will have a meaningful Queensland-focused gas-operated business and a great position in the Botswana CSG fairway together with the exciting hydrogen initiatives.

“This transaction plays to Strata X’s strengths of being a low cost and high-impact on-shore exploration and appraisal operator, which makes it an extremely attractive opportunity for both Real Energy and Strata X Energy shareholders alike.” 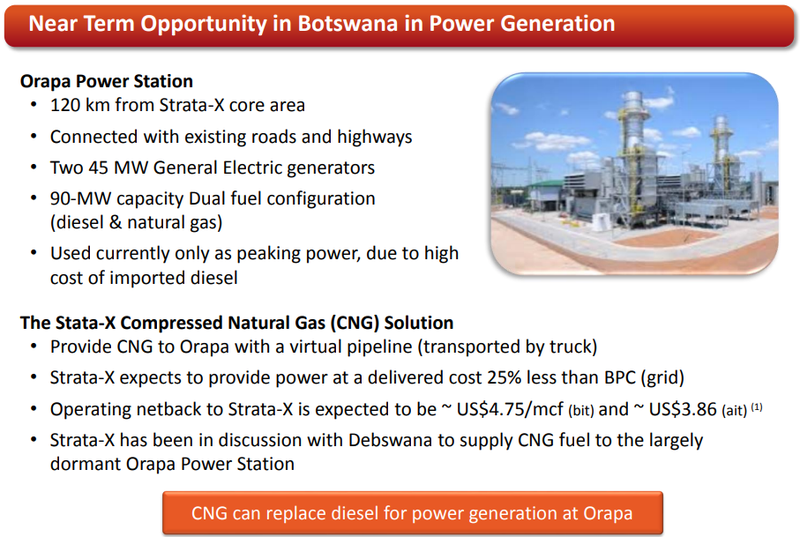 Pure Energy’s vision is to lower emissions initially through substitution of methane for coal and diesel.

One of the group’s goals is converting methane to hydrogen and value-add graphite products using a hybrid methane pyrolysis method, positioning the company as a niche play in the energy sector.

On this note, the combined entity will be investigating the feasibility of building a methane to hydrogen plant in Gladstone.

Real Energy has extensive landholdings in the Cooper Basin where it is progressing the Windorah Gas Project.

Strata-X and Botsgas are working to finalise a Joint Operating Agreement with respect to the development of the Serowe CSG Project.

BotsGas Limited is an Australian oil and gas exploration and development company focused on opportunities for natural gas in the form of coal-bed methane (CBM) in Botswana.

The company’s target is to establish material gas reserves while jointly pursuing off-take agreements for the Strata-X/Botsgas joint ventures gas resources in Botswana.

Consequently, the two groups bring plenty to the table in terms of quality assets in emerging industries, while also having a healthy degree of diversification as a combined entity.

However, as Pure Energy Corporation Ltd a key focus will be on developing Project Venus, the 154 square kilometre ATP2051 permit in the Surat Basin as a Coal Seam Gas (CSG) Project. 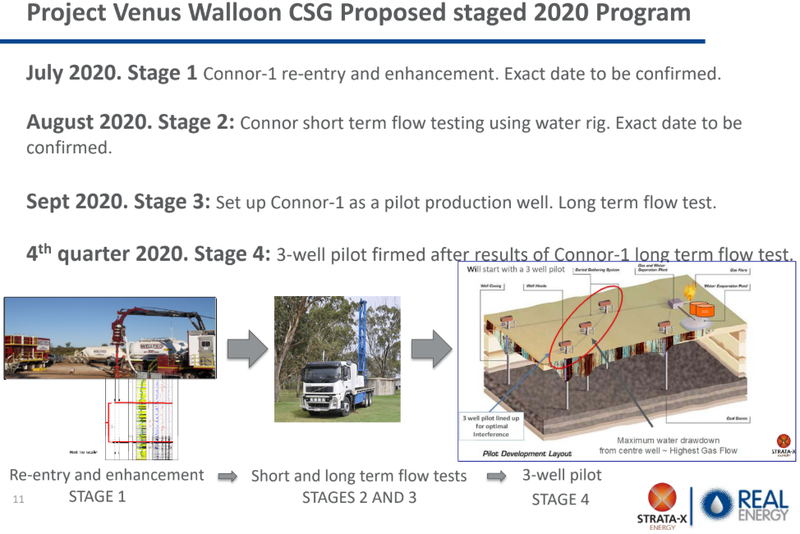 This has a best estimate Prospective Gas Resource of 694 petajoules, and it is adjacent to gas pipelines.

The project is situated in the Walloon CSG fairway, a prolific gas-producing region with over 10,000 wells drilled.

As shown below, there are projects in various stages of development (green dots denote wells drilled), including Senex Energy’s (ASX:SXY) Project Atlas with a reported 2P Reserve of 144 petajoules, and just to the north of Project Venus, Central Petroleum’s (ASX:CTP) Project Range which has a reported 2C Contingent Resource of 270 petajoules. 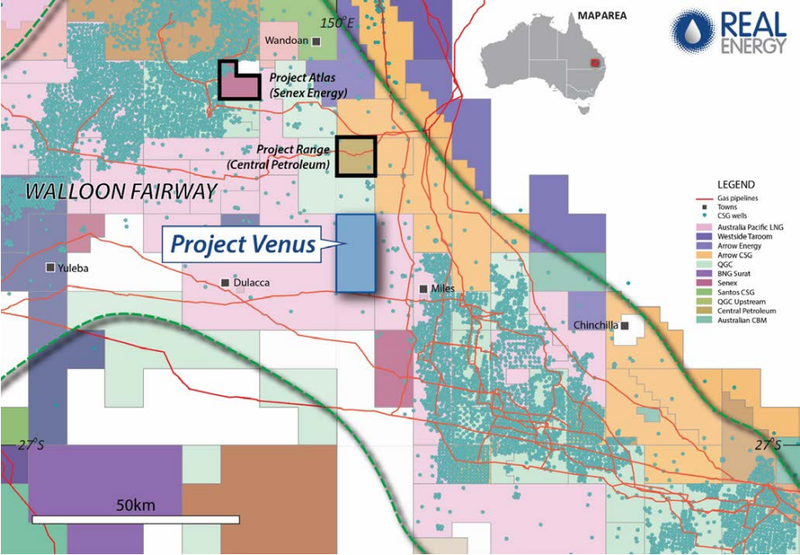