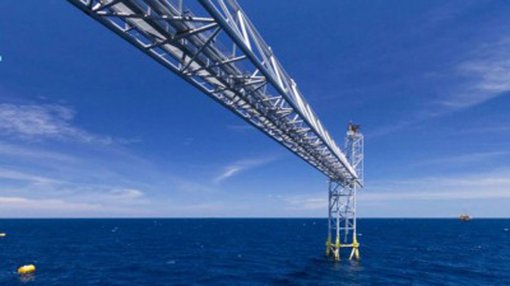 Any joint venture usually means a company is on the right path to shoring up its business interests, but when a JV provides exposure to a portfolio of low cost, high chance of success onshore and offshore US oil and gas opportunities, then that company not only shores up its assets, but also move towards production.

That’s exactly what Otto Energy (ASX:OEL) has done after it announced today that it has entered into an agreement with Byron Energy Limited (ASX:BYE) for the staged farm-in for participating interests in up to three lease areas held by Byron in the Louisiana Gulf of Mexico area.

Drilling in these areas will commence in Q1 2016, with a rig already under contract for the first well.

The acquisition of Otto’s new assets sets Otto on track to return to production during 2017. The assets are robust even when viewed against the current backdrop of low oil prices.

Otto’s Managing Director, Matthew Allen said: “We are very pleased to have entered into this transaction with Byron Energy. The assets represent a low cost, high chance of success entry point into the offshore Gulf of Mexico as well as onshore Louisiana.”

Allen said that the $27.1M capped Otto had taken the opportunity to grow its portfolio in the US post its entry into the Alaskan North Slope earlier in 2015.

“The shallow water Gulf of Mexico provides exposure to assets which remain robust even when viewed against the current backdrop of low oil prices. The extensive seismic dataset which exists over these blocks provides a strong base for the upcoming drilling program which the Company expects to commence in Q1 2016.”

The first well offshore Gulf Coast Louisiana will commence in Q1 2016 with Otto having the opportunity to participate in 2 further wells during the course of 2016.

“If successful, these wells will be completed for production, with first oil expected in 2017,” Allen said.

“With drilling in Tanzania later in 2016 and Alaska in the 2016/17 drilling season, the coming 18 months will see an unprecedented level of activity for Otto, all of which can be funded from existing cash reserves of circa US$34 million.”

The New US Assets

The leases are located in the shallow waters of the Outer Continental Shelf (OCS) of the Gulf of Mexico (2 leases – SMI-6 and SMI-70/71) and onshore (1 lease – Bivouac Peak), Louisiana.

The leases are characterised as follows:

High exploration drilling success seems to be the norm in the OCS region of the Gulf of Mexico and is a prolific oil and gas production area with yearly production in the hundreds of millions of barrels. 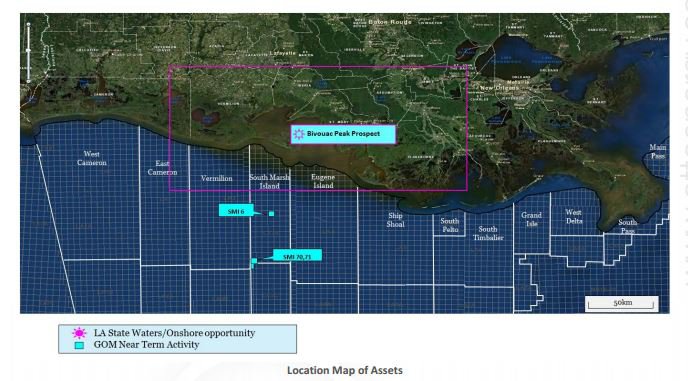 The shallow water offshore lease areas the subject of the transaction have benefitted from the application of cutting edge reverse time migration seismic reprocessing to allow more accurate seismic imaging of reservoir potential in and around salt domes. The application of these techniques has been pivotal in unlocking sub-salt exploration potential of basins in Brazil and the deep-water Gulf of Mexico.

Drilling which will commence with the first well in early 2016, will focus on what are now clearly delineated untapped reservoir intervals located up-dip from historical production.

A rig has been contracted by Byron for this drilling. The success case outcome will see Otto book reserves during the course of 2016, with planned production development by way of low-cost tie-in to nearby infrastructure (see SM 10 A on above map) planned to be completed in or around the middle of 2017.

Otto also has the option to participate in one new asset acquired by Byron Energy before March 2017 on terms consistent with the other farm-ins. This provides Otto with the opportunity to grow its business in the Gulf Mexico Outer Continental Shelf beyond the three initial assets.

The transaction with Byron Energy is in the form of a staged, optional farm-in to up to 3 assets with election points for Otto at the conclusion of drilling events.

Otto will participate in the drilling of one well at SMI-6 commencing in 1Q 2016 – participation in SMI-71 is at Otto’s election and will be based on the technical and operational outcomes of the SMI-6 well.

The election to proceed with entry into Bivouac Peak will be post the drilling of SMI-71. Otto’s view is that such a structure provides the Company with significant optionality and ongoing participation will be on the back of successful outcomes.

As consideration for the transaction, Otto will reimburse Byron Energy for past costs commensurate with the interest being acquired along with a promoted share of costs for one well in each license.