One well down, plenty to go for Elixir

Management was hoping that Permian sequences would be intersected, but to put this in perspective this well is just one of many to be drilled in an extensive exploration program at the Nomgon IX Coal Bed Methane (CBM) Production Sharing Contract (PSC) in Mongolia.

The Cracker-1S exploration strat-hole, located in the far North-West of the PSC was the first ever well in the local sub-basin and was drilled on seismic acquired in 2020, reaching a target depth of 563 metres.

This was a step-out well with far more variables and uncertainties than have been the case with the company’s numerous successful wells, and the most significant takeaway is that it will still provide valuable information in terms of the group’s future exploration strategy.

The well has been remediated and the Erdene Drilling LLC rig is now moving to drill the West Yangir1 core-hole.

This core-hole should provide valuable information as it is intended to provide data for a first stage production test well planned for later in the year as the company moves to expand its exploration and appraisal program to include multi-stage and multi-location production testing.

In further promising news, COVID-19 restrictions in Mongolia have eased, and the second drilling company contracted by Elixir has now moved a rig into the PSC area.

The new rig will initially drill a shallow exploratory well, Manlai 1S, in a new sub-basin in the far North-West of the PSC, 130 kilometres from the Nomgon Discovery (see below). 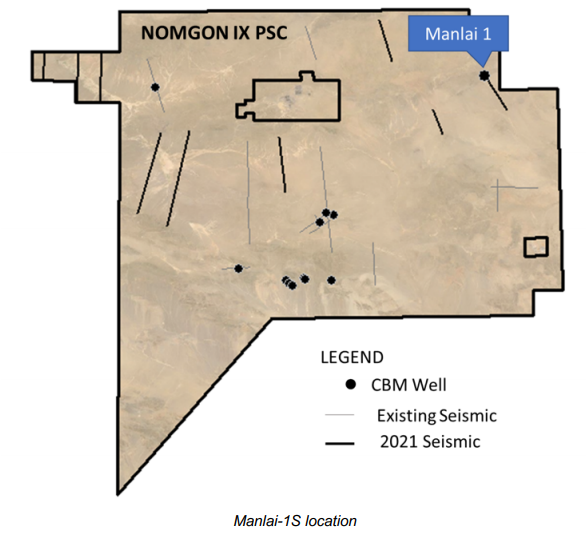 The well is targeting shallower Permian sediments, and this will be followed up by a deeper well in the same sub-basin upon confirmation of encountering the Permian stratigraphy.

Elixir’s 2021 2D seismic program has been proceeding swiftly and it has now acquired 140 kilometres of new seismic.

This is being processed rapidly in order to feed the multi-rig drilling program.

Elixir is currently finalising locations for new seismic lines to be shot as part of the company’s expanded field program.

As flagged in the company’s last quarterly report, a SODAR (Sonic Detection and Ranging) unit has now arrived in Mongolia and is being deployed into the area of current field operations to measure renewable energy resources.

Discussing the much improved operating environment in terms of accelerating expansion, while reinforcing Elixir’s low-cost “rinse and repeat” strategy, managing director Neil Young said, “We are pleased to finally welcome our second Mongolian drilling company – Top Diamond Drilling – into the field in yet another of the many sub-basins in the PSC.