Melbana and Anhui Guangda Mining Investment Co Ltd (AGMI) have exchanged binding documentation regarding the Block 9 farmout, completing another milestone as the parties target execution of the binding definitive agreement by December this year.

Under the terms of the farmout, AGMI will fully fund all costs in Block 9 for the duration of the PSC, including a minimum commitment to drill three exploration wells on MAY's preferred targets.

This includes all exploration, appraisal and development wells, and any facilities development costs.

In return, Melbana will receive 12.5% of the profit oil under the Block 9 production sharing contract.

Melbana's chief executive, Robert Zammit, said, “We are making progress with our Block 9 farminee to progress to a binding agreement and also plan for the first well to be drilled in Block 9.

“It is pleasing to obtain the environmental permit for Zapato, the proposed second well in our Block 9 drilling program.” 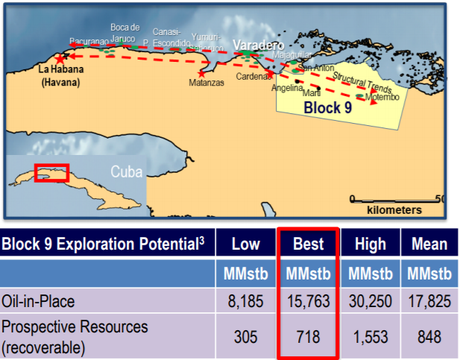 AGMI is a private company that reports assets in excess of US$1 billion, including 20 onshore drilling rigs and oil production of 6,000 barrels/day.

The company has diversified operations through its subsidiaries in over 13 exploration and exploitation blocks in Kyrgyzstan and in areas of the Americas, as well business relationships with major state-owned Chinese companies such as CNPC, Sinopec, and CNOOC.

AGMI brings quality infrastructure, proven expertise and financial stability to the project — a major benefit for MAY.

A drilling rig made available by a local operator is currently being considered to drill the first exploration well, Alameda, in April 2019. However, AGMI has access to its own drilling rigs which it may import into Cuba to undertake the Block 9 drilling program. 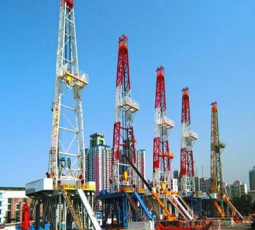 Melbana has also received promising news regarding a 3D seismic survey which was conducted at its Beehive prospect in Australia.

Located in offshore WA, it is the largest undrilled hydrocarbon prospect in Australia: 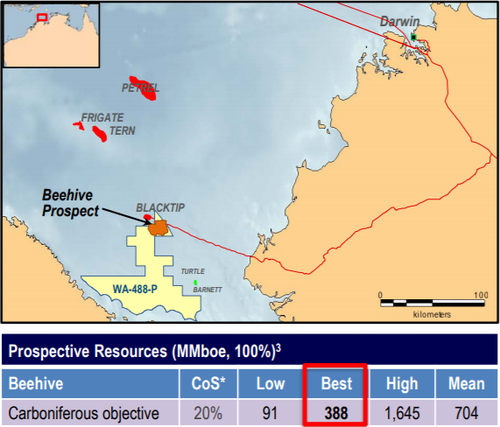 Melbana has reviewed early data products from the 3D seismic survey, which are of an excellent quality for this stage in the processing exercise.

Data processing will continue, with a final data set due to be received by early February 2019.

The processing of the survey data is being undertaken currently by CGG, a French-based geophysical services company that operates across the global oil and gas industry.

French oil and gas major Total and Australia's Santos have a farm-in agreement with MAY. Total and Santos have an option (exercisable together or individually) to acquire a direct 80% participating interest in the permit in return for continuing to fully fund the costs of all activities until completion of the first well in the WA-488-P permit.

The option is exercisable by either Total and/or Santos at any time but no later than 6 months from the receipt of final processed seismic survey data.

If the option is exercised, drilling would be expected to be no later than 2020, with Melbana estimating that the Beehive-1 exploration well cost is indicatively in a range between US$40 million and US$60.